Thammanoon Niyomtrong retained his minimumweight crown of the World Boxing Association (WBA) by beating ArAr Andales vía technical decision in the eighth round during his 11th defense in Bangkok, Thailand.

In a fairly close fight between both Asian fighters, an unintentional head-butt ended the action prematurely. The champion suffered a cut that did not allow him to continue and the referee was forced to resolve the fight on the scorecards in the eighth round.

At the time of the stoppage, the Thai fighter was leading on the three cards with scores of 77-75, 79-73 and 78-74 over the young man from the Philippines who put up a strong fight but whose punch was not enough to snatch the crown from the champion.

Knockout CP Freshmart, as Niyomtrong is nicknamed, continues his undefeated career and his winning streak since becoming the WBA champion. In total, there are 11 victories since he captured the interim belt in 2014 and seven if they are counted since he has been the world champion.

Now, the Thai native had a record of 20 fights won, no losses, and 7 knockouts, while Andales cut his quota to 10 wins, 1 loss, and 2 knockouts. 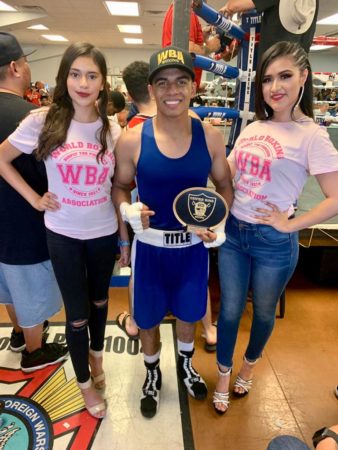