“Gilberto was like a sunbeam. And when you’re a sunbeam you can keep a big shadow, for which many of us walked under… That sunbeam went away a little bit, but that light will shine again…(he was) a man whose word were worth more than his signature or a handshake.”(Gary Shaw, boxing promoter)

Those moving words spoken by Shaw at the wake of Gilberto Mendoza, President Emeritus of the World Boxing Association, turn 4 years this month, a sad date that motivates this note in his memory.

His enormous contributions to the WBA
In this incomplete profile of Gilberto Mendoza, it is worth mentioning that one of his first contributions to the entity he presided from October 1982 to December 2016 was the Rantings Guidelines, still in force, which was prepared while he was in the Executive Committee.

In the aftermath of this and with the decisive support of the recently deceased WBA president, Panamanian Rodrigo Sanchez, Mendoza won the election by the majority vote and won the WBA presidency held in San Juan, Puerto Rico in October 1982.

Two major episodes
It is worth quoting two important historical episodes. The first occurred at the Annual Convention in Reno, Nevada, in October 1986. There, a difficult case was discussed, the analysis of the expulsion of South Africa for its segregationist policy of Apartheid, which was repudiated in every international sports in December 1985 by the United Nations. Mendoza faced a very hard and dramatic situation. The African nation was then one of the most active countries in the world. Mendoza handled the complex situation with singular skill without the country’s departure producing what seemed to be a serious crisis for the organism. A few years later, in 1991, with Apartheid outlawed and Nelson Mandela in power, South Africa was readmitted to the concert of sport, economy and global politics.

A second conflictual issue occurred at the 1988 Convention in the Venezuelan island of Margarita, where a small group of leaders opposed to Mendoza, led by the Dominican Republic and Puerto Rico – who objected to some statutory rules and the rating system for boxers – attempted to displace the Venezuelan. Again Gilberto Mendoza showed the wood he was made of: his opponents were defeated and then they set up a separate tent.

Mendoza left office voluntarily in 2015, suffering from an illness he could not overcome. He was replaced by his son, Gilberto Jesús Mendoza, who was elected by acclamation by the delegates at the 2015 convention in Panama.

Vargas, Ward and Cotto are inducted into the Las Vegas Hall of Fame 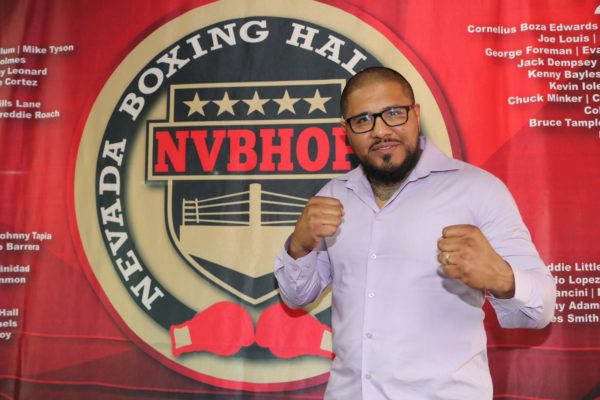