At the final press conference before Saturday’s fight, “The Jackal” praised his fellow southpaw.

“I have great respect for him,” said Rigondeaux, “because he is a warrior and was not afraid to face me. The other super bantamweights like to talk but do nothing to fight with me. However, they know where to find me.”

With Frampton out of the picture, “Jazza” gets a shot at Rigondeaux and the title.

“I know I’m not the favorite,” said Dickens, “but I invite all young people to pursue their dreams. I have a plan for this fight.”

As much as Rigondeaux respects Dickens for taking the fight, the respect does not extend to those who appear to have avoided Rigondeaux, who tends to make other fighters look bad.

“You know they speak about all the other 122 pounders,” Rigo told Kugan Cassius of IFL TV, “they’re all a bunch of cowards. This guy had the guts to actually get in the ring with me…Dickens had the real balls to come and fight me. All the rest of the champions don’t deserve to hold the belt, because they are all a bunch of scaredy cats and cowards, and they shouldn’t be calling themselves champions.”

Considering Rigondeaux’s elevated skills, Dickens may be a serious underdog going in. But, bolstered by his Catholicism, he is as confident as can be.

“My religion is everything and I guarantee that I’ll enter this fight a lot more confident than Rigondeaux,” Dickens said. “He won’t enter with the mental strength and faith that I possess and that confidence and belief has been festering for years, not just when I started preparing for this one fight.

“I always believed I’d get to my destiny. This fight will provide an indication as to where I am on the world stage. I believe that God has greatness planned for me. The Lord works in mysterious ways!” 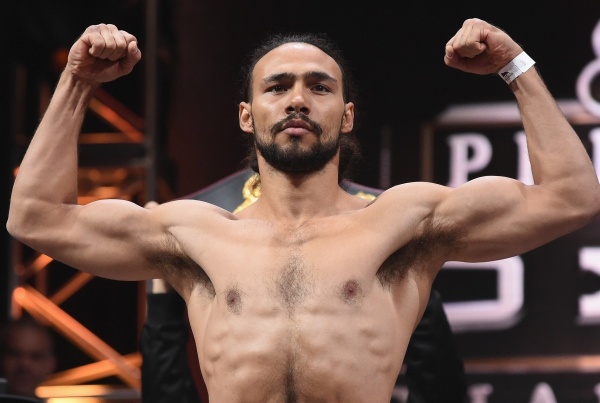