“El Chacal” won the WBA interim super bantamweight title in 2010 with a first round stoppage of 11-0 Willie Casey. In 2012 he knocked out Rico Ramos with a body shot in the sixth to become champion of the division.

After his career-defining fight against Nonito Donaire in 2013, Rigondeaux was elevated to WBA Super World champion and successfully defended his title three times.

Then the trouble started.

WBA president Gilberto Jesus Mendoza said at time, “Rigondeaux is presumed to know that a champion must regularly defend his title, remain active, and follow the WBA’s instructions regarding title defenses. Rigondeaux has not defended or scheduled to defend his title in a timely fashion culminating in only four bouts since September 15, 2012.

“In light of Rigondeaux’s impressive record and accomplishments, the delays associated with his various managerial/promoter disputes, and the loss of his unification status, Rigondeaux is named Champion in Recess. Rigondeaux must come out of recess and face the Champion on or before May 1, 2016.”

Rigondeaux and his team asked for reinstatement despite his inactivity and it was granted.

“We had differences with Rigondeaux’s team, but we mediated,” Mendoza told ESPN Deportes. “They hired a legal adviser and then after negotiations we came to the decision that he would be reinstated as a super champion.”

Rigondeaux is ready. With the restoration of his WBA Super World super bantamweight title, he looks at his options and likes what he sees. A title defense against Jamie McDonnell, a chess match with James “Jazza” Dickens, and a war with the interim champion, Moses “Chucky” Flores, are all possibilities. 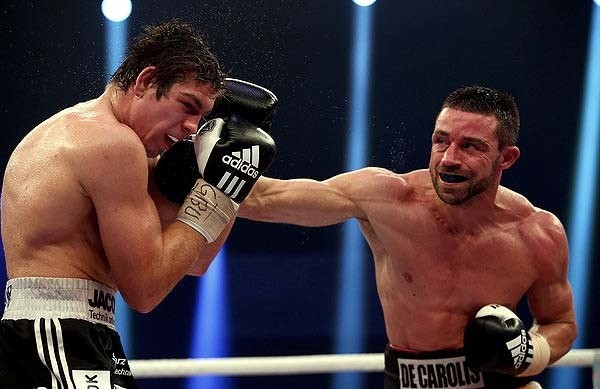