The referee, Manuel Rodriguez Soler, waved off the fight at 1:35 of round four in a scheduled 10-rounder.

Going into the fourth round, the fight was up for grabs. Some even thought Mosquera was ahead. But the resourceful, hard-hitting Rivas landed an uppercut with bad intentions that had her opponent reeling. Leaning against the ropes, unable to defend or fight back, the referee stepped in and called a halt to the action to prevent Mosquera from being seriously hurt.

It was the champion’s first defense of her WBA title. It was a victory that didn’t come easily and for which she can be proud. 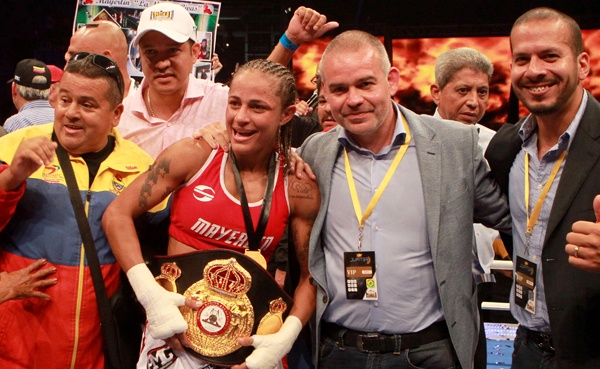