She blew everyone away in August 2020, and this weekend, seven months after the feat, Jessica “Kaskilla” McCaskill managed to retain her full reign of the World Boxing Association Welterweight division by defeating the long-time “First Lady” Cecilia Braekhus. The event organized by Matchroom with this female fight as co-feature kept the fans in high tension. A great show beyond the result.

McCaskill had warned at the press conference that this would be Braekhus’ last fight, that her 2020 win was not a fluke and she proved it with that open right cross that kept Braekhus at bay throughout the fight.

From the opening bell, the American exerted great pressure on the Colombian-Norwegian, who was constantly trying to get her off her back and box in the distance, counterpunching with good technique, but was dazzled by the permanent attack of McCaskill.

Kaskilla wanted to win the fight, she wanted to convince all those who had doubts in the first fight. And she did it. The victory was resounding and she reaffirmed herself as the new undisputed 147 lbs. champion with all the belts: WBA, WBO, WBC, IBF, IBO, and even The Ring that had not been given to her on the first occasion. The new era of women’s boxing is consolidating little by little. 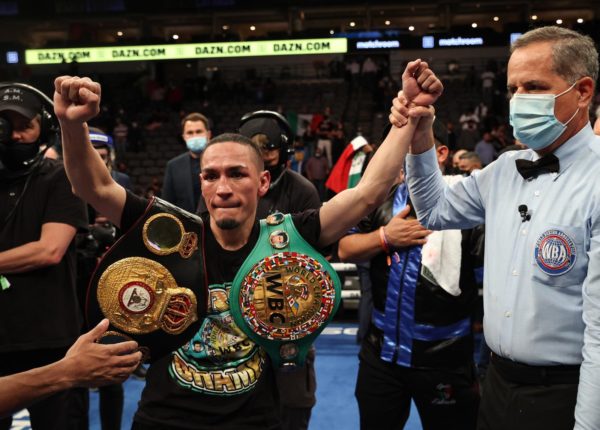