The fight was stopped by the doctor on duty in the ninth round due to Esparza having a very deep and pronounced cut on her forehead from an accidental headbutt. The judges scores came in as follows: 90-81, 89-82, and 88-83 in favor of Estrada.

The contest had a good pace, with both fighters coming out to give their all, but there always has to be a winner and in this case it was “Super Bad” Estrada who won the fight based on technique, precision punching, and good movement.

Esparza never denied fire in the ring but Seniesa was smarter, entering close combat to hit and provoke her rival and then waited for her to punch back, to punish her to the head and body with quick combinations.

With this victory Estrada left her unbeaten record at 18 wins and 7 knockouts. Esparza now has a record of 7 wins, 1 loss, and 1 knockout. 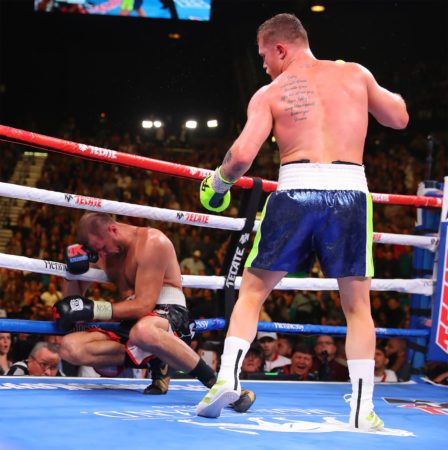