Matthysse is a member in good standing of the first family of Argentine boxing. Her father Mario was a boxer. Her brother is Lucas Matthysse, the hard hitting former WBC super lightweight champion known as La Máquina. She is also the sister of Walter Matthysse, who punched his way to prominence in the early 2000s.

Boxing is in her blood.

Matthysse made her pro debut in May 2007 at Estadio Socios Fundadores in Chubut, Argentina, a four-round decision over Graziela Adriana Becerra. She has had her ups and downs over the years, but won the WBA title, her first major title, by defeating Ogleidis Suarez in December 2013 at Teatro Griego Juan Pablo Segundo in San Martin, Mendoza, Argentina.

Mjdrenovich turned pro in January 2003 with a TKO victory over Cathy Boyes at Shaw Conference Centre in Edmonton, Alberta, Canada. She fought twice more that year, six times in 2004, and six times in 2005, winning both the WBC and IWBF World female super featherweight titles. In 2006, Mjdrenovich moved up to lightweight and won the IWBF title by beating Mia. St John.

Mjdrenovich has been a busy champion. She fights often, and with the exception of her last fight, which occurred in Panama, all her fights took place in Canada. She won the featherweight title in 2012. This will be the WBC champion’s first fight in Argentina.

When asked by the Edmonton Journal what fight fans can expect Saturday night, Mjdrenovich said, “We have similar styles. Everyone knows that I like active fighting. I’m always looking for the knockout and I feel frustrated when I have someone in front of me running. She is the same, she has the same attitude, and I know that will it make for a great fight in Argentina.” 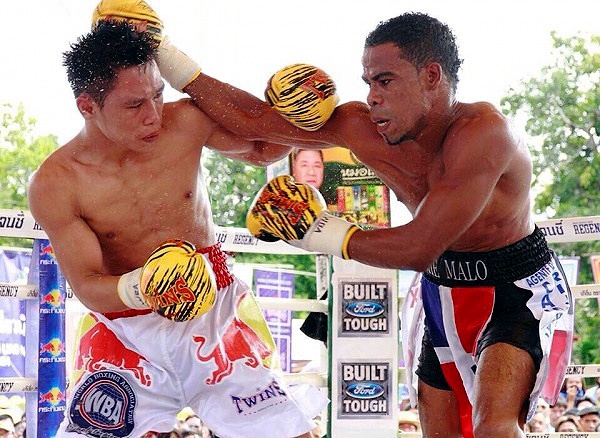