The final press conference was held at the Hotel Sheraton LAX Airport for the Cinco de Mayo fight card at the StubHub Center in Carson California. The fights will be aired live on HBO premium network broadcast that will now feature a historic bout where Cecelia Braekhus (32-0, 9KO’s) will defend her World Boxing Association (WBA) World Female Welterweight Title against Kali Reis (13-6-1, 4KO’s).  This will be the first time that a female bout has been broadcast on the network, as it was moved up to the co-feature.

This will be Braekhus’ record 22nd defense of her WBA title that she won all the way back in March of 2009, and she is very excited for the chance to shine on network, saying at the press conference, “I am so excited and so thankful to my team, Tom [Loeffler], HBO, and sharing the stage with the best pound for pound fighter in the world.”

She will be fighting alongside Gennady Golovkin, who ironically enough will be making the 19th defense of his WBA Championship on that very same night.  Braekhus wants it to be yet another career defining moment, saying that she “wants it to open the door for more female fights on HBO.”

It is never a good idea to look past an opponent, and surely Braekhus is not, but at an astounding 100/1 favorite over Reis everyone figures that the champion is likely to keep her record breaking streak in tact.

Cecelia wants all of her Norwegian fans to stay up and watch the fight, as she is excited to make history, saying, “I cannot wait, I promise to put on a great show.”

The StubHub Center is set for a historic night of boxing, with Gennady Golovkin and Cecelia Braekhus coming into their respective fights with over 40 combined WBA title defenses. 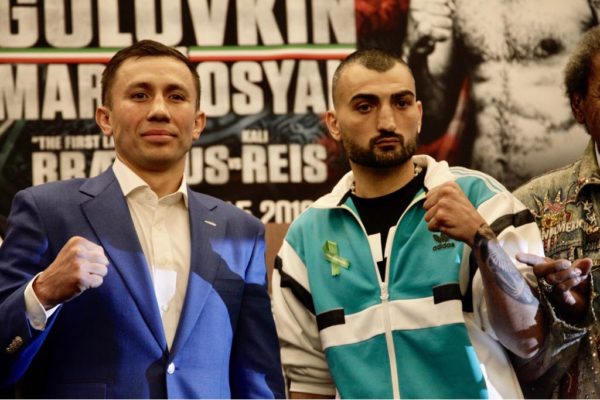