The fight took place at the StubHub Center in Carson California on Cinco de Mayo holiday and it was Braekhus’ 22nd successful defense of her World Boxing Association (WBA) World Female Welterweight that she has held since 2009.

This was the first time that a female bout was broadcast on the network, as it was moved up to the co-feature of the HBO premium network broadcast of Gennady Golovkin vs Vanes Martirosyan.

For the fight itself Braekhus showed her boxing skill in the first half as she landed solid jabs followed by right hands.  Braekhus seemingly could not miss with the right hands as she bloodied Reis’ face in the sixth round and appeared to be well on her way to the victory.

Reis had other plans, however, as she came on very strong in the second half of the fight.  It all started in the seventh round, when Reis came out very aggressive and landed a right hand that dropped Braekhus for the first time in her career.  She rose, smiling and winking, but it was a legitimate knockdown.

Reis followed up the seventh round with more success – once again hurting the champion at the end of the eighth round with a hard right hand that wobbled Braekhus’ legs.  Braekhus would have a very good tenth round to close the show and was very respectful in the post fight interview, saying that Reis was very good and she would like to rematch her.

It was another historic night for boxing at the hands of Cecilia Braekhus who is continually paving the way for more success and opportunities in female boxing. 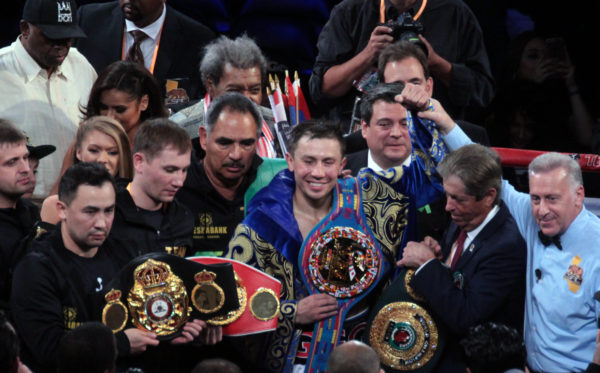