Cecilia Braekhus and Aleksandra Magdziak Lopes completed the weigh-in for their fight this Saturday night at the StubHub Center in Carson, California. The Colombian roots Norway will defend its Welter championship of the World Boxing Association (WBA) and the rest of its crowns against the American of Polish origin.

Braekhus stopped the balance at 146.8 pounds and his challenger scored a weight of 146.4 pounds, which leaves them qualified to contest the 147-pound title.

Braekhus will participate in the last evening of HBO, channel that will stop broadcasting boxing this year, which is a demonstration of the growth of women’s boxing in the world.

Braekhus had no problems defending title in Carson 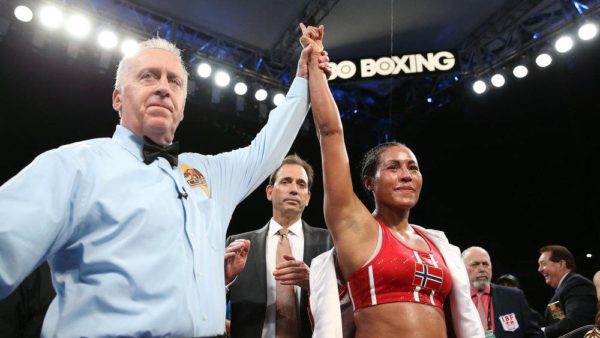