On Saturday, July 30, at the Barclays Center in Brooklyn, New York, in a fight televised live on Showtime, WBA Super World featherweight champion Leo “El Terremoto” Santa Cruz (32-0-1, 18 KOs), from Rosemead, California, by way of Huetamo, Michoacán de Ocampo, Mexico, defends his title against former WBA World super bantamweight champion Carl “The Jackal” Frampton (22-0, 14 KOs), from Belfast, Northern, Ireland, in one of the most anticipated fights of the summer.

In advance of the bout, the fighters met with the press via teleconference call.

A former IBF bantamweight and WBC super bantamweight champion, 27-year-old Santa Cruz won the WBA Super World title when he defeated Abner Mares by majority decision in August 2015. In the first defense of his title, in February of this year, “El Terremoto” stopped veteran Kiko Martinez via fifth round TKO.

Santa Cruz is fighting in his home country, but the Irish fans will be out in droves to support Carl Frampton.

Leo was asked if that concerns him.

“It won’t really matter,” he said, “because once fight day comes, it’s only going to be me and Carl in the ring. The fans are the people, they’re not the ones fighting in the ring with us. It’s going to be a great fight. You have to go over there and make new fans, and you go make a great fight.”

Frampton is a terrific fighter who appears to have it all. He is a joy to watch.

“He has everything. He has great skills. He has good footwork, great punches, and he has great power. His style is kind of like Mexican style.

Santa Cruz has faced some formidable competition, but he has yet to face anyone like “The Jackal.”

Taking it is what “El Terremoto” has in mind.

“I’m going to go out there and take the fight to him and then stay on top of him, trying to get him tired, break him down, working the body and trying to hit him. And if that’s not working for us, we could make an adjustment. We could box smart from the outside and not let him come in.

“We train in the gym for both sides of the match—from the inside or to be on the outside. Whatever works, that’s what we’re going to do.”

But Santa Cruz intends to bring it.

“We’re going to try to make it a war. We know that he’s undefeated. I know he’s going to come with everything because he’s not going to want to let that all go. But at the same time that’s also more motivation for me, because I know he hasn’t lost and I want to be the first one to give him his first loss. I want to go out there and beat him and that way I’ll be considered one of the best.” 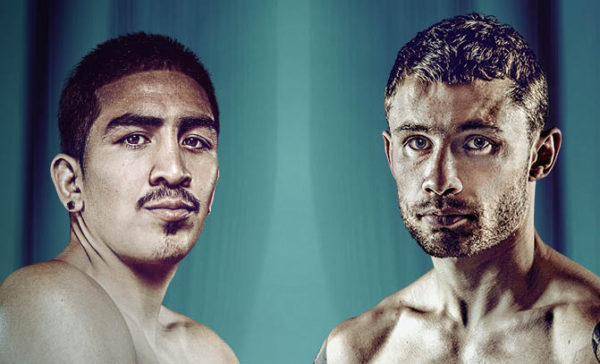