From a very young age she dreamed of being at the pinnacle of professional sports. She achieved it with soccer, representing the colors of her native Ireland. Then, she flew the flag in some elite amateur world championships and as soon as the green light was there, she managed to repeat the glory at the London 2012 Olympic Games, obtaining the first place on the podium. This week marked the 10th anniversary of that milestone.

The World Boxing Association undisputed champion, holder of the absolute reign at 135 pounds, Katie Taylor, has been expressing her emotions with the press over the past few days. And of course, she has not only been reminiscing about that Olympic final against Russian Sofya Ochigava, but she also talked about the historic fight she had against Amanda Serrano in April.

In one of her statements to the website independentista.ie, Taylor assured that she believed she would never again feel the pressure experienced in the moments before and during the competition in London 2012. The responsibility she felt on her shoulders to be the first to bring an Olympic medal in women’s boxing to Ireland was very strong for her. However, then came the negotiations and announcements of the historic fight with Serrano…

Remembering the sensations as she made her way to the ring, while more than six thousand Irishmen cheered on their favorite athlete, is something that makes her go «wou» several times.

Born in Bré, south of Dublin, she dreams of fighting in the great Croke Park stadium in that city, since during her career as a professional boxer, so far she has not fought at home, and that would be for Taylor another great dream to fulfill before deciding to retire.

On the other hand, the champion has commented that she has received a proposal for a rematch with Serrano, but at 126 pounds. But that is neither in sight for her nor for her team. It is not in her interest as the owner of all the belts at 135. So, for the time being, she plans to return to the ring before the end of 2022. In this way, she will put a season’s closure to her brilliant and emotional moment she is living. 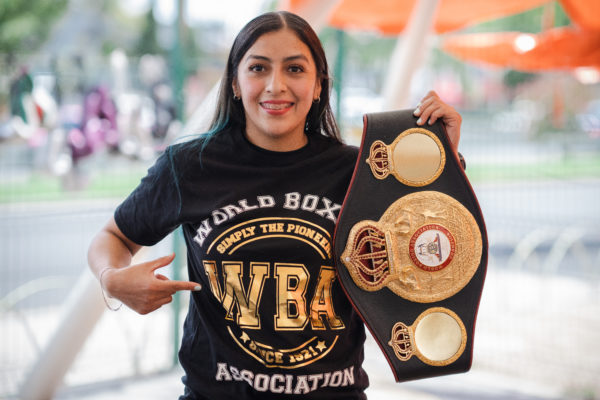