Warren got to work at the opening bell. He dropped Zhakiyanov twice in the first round but couldn’t finish him.

The challenger, with Ricky Hatton in his corner, dropped Warren with pair of right hands in the third.

Zhakiyanov drew first blood from Warren’s nose in the fourth and consolidated his lead in the middle rounds.

Warren came on strong in the championship rounds but was too far behind to get the nod.

“Man, I won that fight,” said the unhappy former champion when the scores were announced. “I knocked him down, I was landing the cleaner punches and making him miss. The judges are favoring aggressive fighters even when they ain’t even landing.”

Warren has a point, but he lost the title, and on his home turf.

“The knockdowns shocked me,” Zhakiyanov said. “But Ricky Hatton kept me level-headed, telling me the adjustments I had to make. Once I was able to get inside and force the action, I saw his (Warren’s) energy level drop.

“I knew at the end of the fight that I deserved to win, but because of where we were, we weren’t sure if the judges would give it to us. So that surprised us, but not that I won the fight. I was hurt early but I outworked him in almost every round after that and was the stronger fighter in the end.”

Talk of a rematch is already in the air.

“Of course, I want that rematch,” Warren said. “I want it next. I want my world title back.”

Zhakiyanov won’t relinquish the title, not without a fight.

“He feels like he won the fight and wants the rematch,” said Zhakiyanov. “We can definitely talk about doing that.

“I’ve fought everywhere in the world and don’t back down from any challenge.” 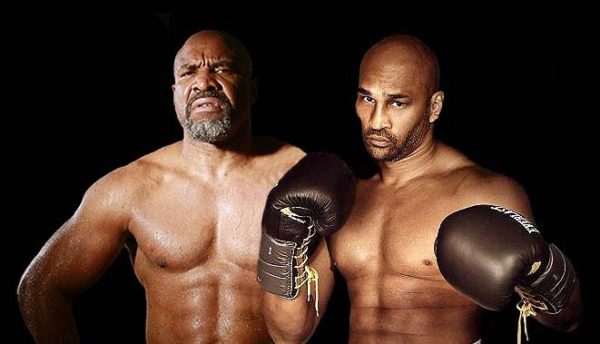