After her victory last Friday against Kim Clave, from whom she snatched the WBC belt, La “Pantera”, as the Mexican fighter is known, has very clear goals: to unify all the belts and conquer the U.S. market.

Boxing fans around the world have commented on the good performance of both fighters in the ring through social networks and some media, which makes the Aztec warrior proud: “I said it: ‘it will be a very good fight’. Both Kim and I came from winning the championship and nobody would want to let it go at the first time and, well, that’s what happened, a spectacular fight that everyone liked and the results were in our favor”.

Taylor and Serrano featured in the fight of the year 2022 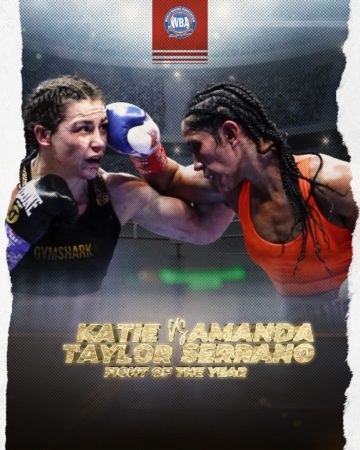