Super Flyweight champion of the World Boxing Association (WBA) Khalid Yafai made weight today, coming in at 114.lbs while his challenger, Israel Gonzalez, came in at 114.4lbs. The two men will battle at the Monte Carlo Casino for the black and gold strap with the bout being aired like on DAZN.

Yafai will celebrate two years as 115-pound champion in December. Since the last month of 2016, when he won his belt, he has defended it three times with this one being against the Mexican in Monaco being the fourth defense for him. The 29-year-old champion is noted for his fine fighting style and for frustrating his rivals to win by wide scorecards, however, he has a fighting style that also helps him get knockouts.

Gonzalez is a young man of 22 years old but with experience in championship fights. In March he faced Jerwin Ancajas for world title and although he could not get the win, he had a very good showing for himself. He has won his last three fights, which shows that he arrives in this title fight at a good time having won four of his last five bouts.

Yafai has a record of 24 wins, with no losses, and 15 knockouts, while Gonzalez has won 23 bouts, lost two, and defeated 10 opponents via knockout.

Also weighing in was Alexander Ustinov at 278.6lbs and Michael Hunter at 231.4lbs. They will be fighting for the WBA Inter-Continental Heavyweight Title. 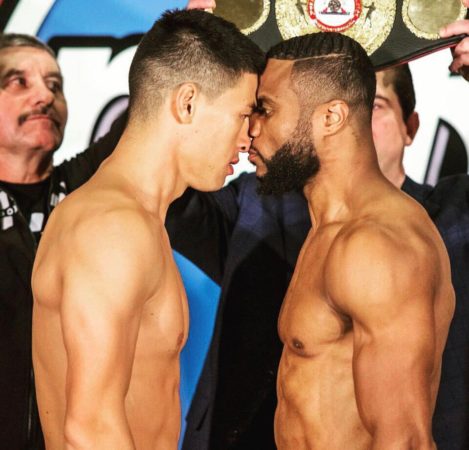