The Members of the Directorate of the World Boxing Association join the mourning of the Kojima family.

2. – Mr. Shigeru Kojma was a Vice-president of the World Boxing Association since 1982.

3. – Mr. Shigeru Kojma was an honorable member of the Japan Boxing Commission.

1. – Deeply mourn the sensible pass away of Mr. Shigeru Kojma.

2. – Present our sincere condolences to the Kojima Family.

3. – Be carriers our solidary support message to the Kojima family, in these moments of mourning, hoping that God’s infinite light mitigates the traces of sadness with the hope of the eternal resurrection.

4. – Hand this resolution to the Kojima family.

Given in the city of Panama, Panama on the Twenty third day of the month of September, 2011. 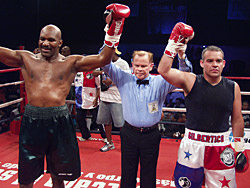