Through social networks the family of the WBA and its president Gilberto Jesus Mendoza, enormous heart and desire was shown to the fighter/fan Melkisedec Garcia, who at only 10 years old aims to become world champion and help his relatives.

The WBA, a pioneer in boxing, has as its main objective to support young people through sports.

Urged to know more about Melkisedec Garcia we contacted his mother Cendy Morales in Nicaragua, who confirmed how much her son has struggled to overcome himself, and that the video that went viral on Facebook after being crowned national children’s champion is a sample of the delivery of her beloved son and the struggle of many families that support them in this hard discipline. The boy won seven fights in total and has been boxing since he was three years old, although this was his first tournament, as called by Manuel de Jesus Rivera and was organized by Feniboxa.

With the intention of continuing to feed the flame of overcoming by the child Melkisedec, the WBA sponsored sports clothing so that he can move forward in his dreams.

The future in boxing is not promised to anyone, but the motivation to young people and support of it guarantees that they get very far, which is the main mission of the WBA – which seeks not only to help them in the sport but also to make men inside and outside the ring.

Barrios and Akhmedov promise a war in Los Angeles 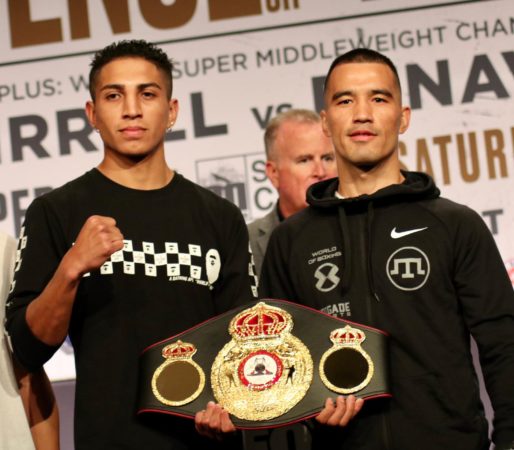