The World Boxing Association (WBA) continues growing and expanding, and in the last few months new members have arrived to take on new challenges that the organization has set.

Among the valuable names that have joined the pioneer organization, Lautaro Moreno, who is part of the amateur committee of the entity, Miguel Torruco and Alfredo Polanco, important links in a country as prominent as Mexico, doctors Nina Radcliff and Saul Saucedo, members of the medical committee, and Acelino Freitas, former champion of the organization, who will head the athletes’ committee..

The new incorporations are a must given the growth of the organization, which is adapting to new challenges in today’s boxing and faces the circumstances by adding valuable pieces that contribute to be better every day in favor of boxing worldwide.

The new directorate members have been introduced in various. directorate meetings held via online and headed by its president, Gilberto Jesús Mendoza.

The WBA Academy will hold a medical seminar this Saturday 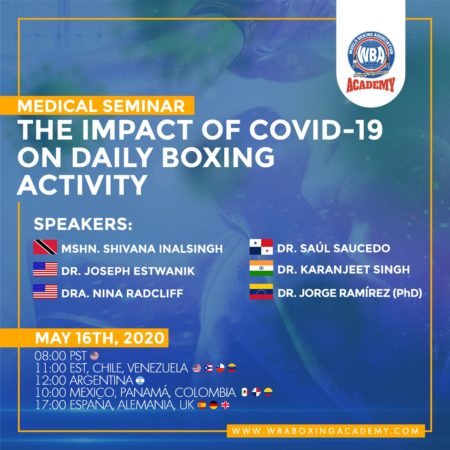