The World Boxing Association (WBA) Classifications Committee announced its rankings for August, which includes the 15 best boxers in the 17 weight divisions. Only these boxers have the possibility of aspiring to a world title fight within their respective divisions.

The “Boxer of the Month” distinction was awarded to Dmitry Bivol, who beat Isaac Chilemba via unanimous decision to retain his World Boxing Association (WBA) World Light Heavyweight Championship.

The bout was broadcast live on HBO premium network from the Hard Rock Hotel & Casino in Atlantic City and was a co-feature to Sergey Kovalev vs Eleider Alvarez on August 4th.

Bivol had success early in the fight by going forward behind a nice jab and throwing power punches.  Chilemba was being his very cagey, regular self, while landing some nice right hands of his own that the champion had to adjust to.

The fight turned into a bit more of a boxing match than a slug fest as Bivol was not using his right hand very often, but Chilemba was very hard to hit flush as he is a highly experienced veteran with a very good defense.

Going down the stretch in the championship rounds Bivol appeared to be coasting although he was showing some good movement while being on his toes and crisp with his punches before the cards came in a wide unanimous decision.

Congratulations to Dmitry Bivol on retaining his WBA World Light Heavyweight Title and earning the distinction of becoming the WBA boxer of the month.

The honorable mention for boxer of the month is Trevor Bryan.  Trevor Bryan moved his record to 20-0, scoring his 14th victory via knockout over veteran BJ Flores to win the World Boxing Association (WBA) Interim World Heavyweight Title at the Celebrity Theatre in Phoenix, Arizona.

The WBA gets ready for a wild September 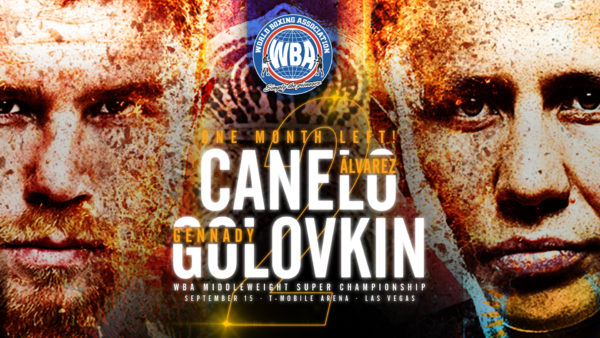