The World Boxing Association’s (WBA) 99th Convention will raise its curtain on Wednesday with several important activities during four intense working days, in which we will take a look at the history of our organization and boxing in general, but with an eye on the years to come.

The WBA is the oldest organization in boxing, and therefore it has a great responsibility with the sport and the paths to take in the years to come. The pioneer organization decided to take the lead in the midst of the challenges boxing is facing, and to be at the forefront of the situation.

This convention is the kick-off for the celebration of the 100th anniversary of the WBA, which will be hosted in Moscow in July 2021. The most important topics today will be discussed through the different forums of the agenda, which is adapted to today’s reality.

The General Assembly will be held on Wednesday, when the President, Gilberto Jesús Mendoza, will meet with the Directorate members to talk about current affairs of the WBA starting at 10:00 a.m. (Eastern United States).

Thursday will begin with the Championships and Classifications meeting at 10:00 a.m., followed by a short presentation from Mendoza at 11:55 a.m., in which he will talk about the 99 years of WBA history and will present the forum that will have the participation of the most important promoters in boxing history, Don King and Bob Arum.

On Friday at 10:00 a.m., the “Challenges in Boxing” forum will take place. Mendoza will talk about the current challenges of the discipline together with British promoter and president of Matchroom Boxing, Eddie Hearn, and with the renowned journalist Claudia Trejos. The day will continue at 11:00 a.m. with the “Boxing and Gender Equality” forum, where the great fighters and defenders of women’s rights Miriam Gutiérrez, Claressa Shields and Hanna Gabriels will compete with Orlando “Phenomenon” Cruz, the only boxer who has declared himself gay.

Finally, at 12:00 p.m. the day will be completed with the “Amateur Boxing” forum, in which the two-time Italian Olympic medalist Clemente Russo, former world champion Omar Narvaez, WBA Director Miguel Torruco, and Ricardo Contreras, president of the Mexican Boxing Federation, will participate.

The last day will be Saturday, with presentations from the Medical Committee at 10:00 a.m., followed by the forum “Veganism and Boxing”, with the participation of Chris Algieri, Bernard Hopkins and President Mendoza. The day will close with the Judges and Referees Seminar.

The 99th Convention will set the table for the 100th anniversary of the pioneer organization, aiming to lay the foundations for the years to come and to remain at the forefront of the sport.

The WBA regrets the passing of "Ñato" Marcel 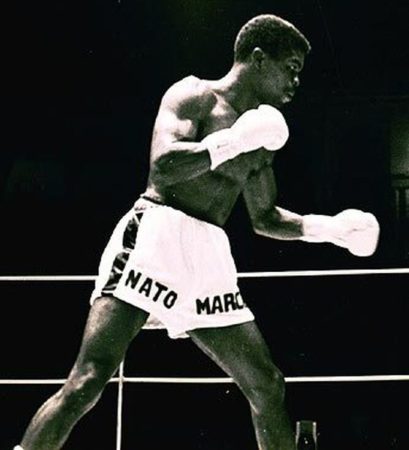