WBA super-featherweight super champion Takashi Uchiyama (23-0-1, 19 KOs), 129.5, an unbeaten KO artist of Japan, retained his throne as he displayed a finest knockout in his career by stretching previously unbeaten Thailander Jomthong Chuwatana (9-1, 4 KOs), 129, with a pulverizing right at 1:15 of the second round on Wednesday in Tokyo, Japan.

Uchiyama, making his tenth defense since dethroning Juan Carlos Salgado via last-round stoppage in 2010, looked speedy, sharp and strong against the challenger that our people regarded as the most dangerous challenger from the outset. Uchiyama, ten years his senior at 35, showed a very effective opening attack as he pinned him to the ropes with a flurry of punches, which had Jomthong’s right optic badly swollen in the opening session. Bewildered by the champ’s blitzkrieg, Jomthong, six-times Muay-thai champ with more than two hundred victories therein and OPBF titlist in the international style boxing, attempted to fight back toe-to-toe in the beginning of the second round. Then Uchiyama’s dynamite right exploded at the button with perfect precision, which produced a flattened pancake. Referee Roberto Ramirez, Puerto Rico, promptly realized he would never go on and didn’t bother to count but declared a well-timed and well-received halt over the Thailander who wished to become a second Saengsak Muangsurin (who had acquired the world belt in his third pro bout).

All the officials (Ferlin Marsh, Wansoo Yuh, Derek Milham) tallied 10-9 in favor of the defending champ for the first round. 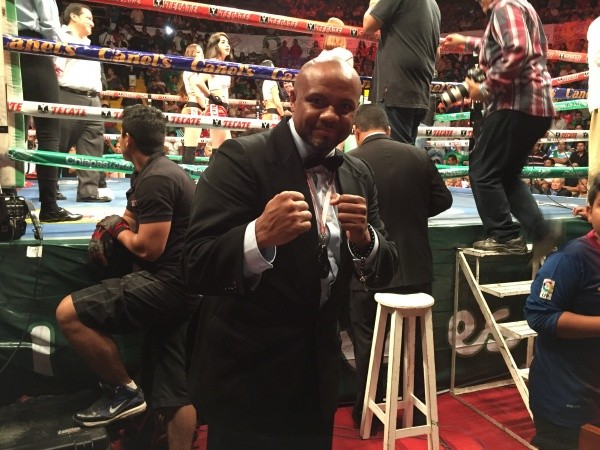