Tony Weeks was in Panama for the 94th WBA Convention and seemed to be everywhere at once. A big man with a big presence, his 100-watt smile, signature mustache and booming voice made him impossible to miss.

In addition to being big, Tony Weeks is also benign. He’s got a cool, inviting, confident presence. There’s no bluster, no boasting. He has nothing to prove. He appears to be a man at peace.

I asked Weeks how he got involved in boxing

“I just fell into it actually,” he said. “At the time I worked in the federal prison system in Phoenix, Arizona, and put on a little boxing exhibition. I brought some fighters up, got the ring up in the yard, but I forgot to get a referee. I was curious, so I just asked the trainer, ‘Hey, do you mind if I get up there and start refereeing?’ And to make a long story short, I got up there, starting refereeing, it felt natural, it felt good, and one of the trainers, Beto Martinez, asked me if I’d done that before. I said no. He said, ‘Well I think you should look into it.’ He made some phone calls and got me in on the Arizona State Boxing Commission—and here I am.”

Since that auspicious afternoon, Weeks has been the third man in the ring for over 50 title fights in 15 countries, but he refereed his first professional fight way back in 1994.

“I did my first world title fight, which was a WBA fight, in Phoenix, Arizona, in ’96. It was right before the Super Bowl, the Cowboys were playing the Steelers and everybody was in town.”

That fight was between Eloy Rojas and Miguel Arrozal at the Veteran’s Memorial Coliseum for the WBA World featherweight title. In that fight, and in every fight before it and since, there was plenty of pressure to go around.

“Pressure?” said Weeks. “Oh yes, yes. I mean you have to make a split-second decision in a real stressful situation. You can’t really think about it. You see something you have to respond almost instantaneously and hopefully you make the right call.”

Weeks has been referee for almost too many fights to count. I asked which of those many fights was the most memorable.

“Oh, wow,” he said. “First and foremost was the first fight between Diego Corrales and Jose Luis Castillo, 2005 Fight of the Year, 2005 Round of the Year. Unbelievable! Unforgettable! There’s not a day goes by that I don’t think about that fight. That fight kind of launched me into the public eye, so to speak, and it was just a great contest. And I’ve had some other memorable ones. Actually my first tough fight was Bernard Hopkins and Antwun Echols in 2000, the rematch in Las Vegas. If anyone knows Bernard he can be kind of crafty, so I really learned a lot in that fight. And that’s another fight that put me on the map because it showed that I could handle a difficult situation when it occurs.”

Weeks works far and wide, but he feels a special allegiance to the WBA.

Tony Weeks laughed and said, “I still got the old-school patch.” 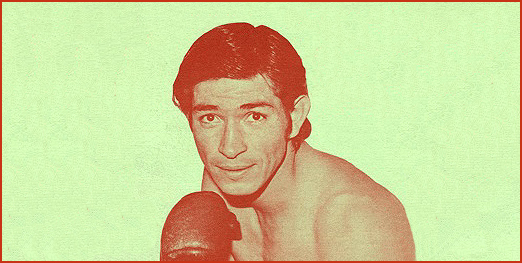