Thailand’s Yuttapong Tongdee will make the first defense of his World Boxing Association (WBA) Asian belt against Filipino Herlan Gomez in a clash of undefeated fighters next Saturday at the Spaceplus Bangkok RCA venue in Bangkok, Thailand.

Tongdee won the belt last August 6 by defeating Ryan Rey Ponteras in a unanimous decision at the same venue where the bout will take place this weekend.

The 29-year-old fighter is undefeated in his career and has been gaining a lot of experience in his recent fights, so he is projected to better fights at the continental level.

His opponent comes from the Philippines and is 23 years old. This will be the first big test of his career and is also undefeated, so he looks like a dangerous opponent for the champion.

Alarcon and Balderas go to war on Friday in Mexico City 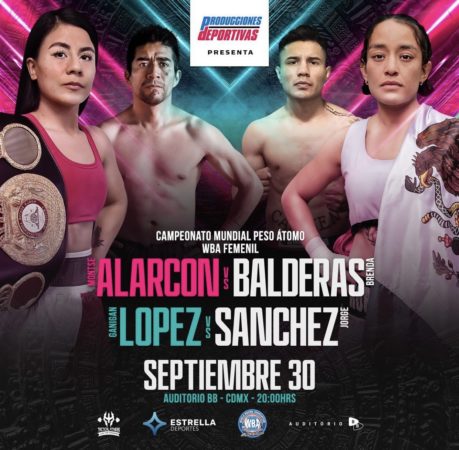