It was so much that had to stand out, that the decision was not difficult to make part of the history to Guy Jutras, who stands out as those who have been inducted into the Hall of Fame, in an announcement that was struck today.

It was so much what he did in his career, Jutras who held the offices of judge and referee, but before, between those same four corners where he made decisions, he also fought and of course served as a supervisor.

From his name it was known that he was going to be carved for centuries, for his work in memorable fights such as Roberto Duran against Marvin Hagler and also in the fight between Manny Pacquiao and Juan Manuel Marquez where he saw Marquez win a legendary fight.

In his native Canada, he was the Chairman of the Judges for 27 years and worked side by side with the World Boxing Association (WBA) for about a decade.

In this class along with Jutras were also exalted names such as boxers Donald “Lone Star Cobra” Curry, Julian “The Hawk” Jackson and James “Buddy” McGirt in the modern category. While in the historical picture Tony DeMarco was named.

Accompanying the gladiators are the promoter Don Elbaum, the publicist Lee Samuels, and the always controversial Teddy Atlas.

For next year, from June 6th to 9th, the Ceremony will be held in the vicinity of the Turning Stone Resort Casino near Verona, in the Capital of the World, New York, as it will be the 30th induction of the Hall of Fame.

Lomachenko is in pursuit of another great victory in the ring 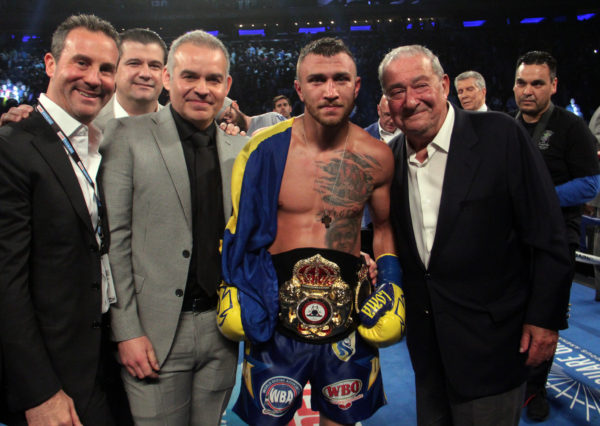