Tom King was born on August 14th, 1835, in Silver Street of Stepney – an East London Parish known as the “maritime district”. At a young age he sailed to Africa numerous times on Her Majesty’s ships as a sailors hand.

He quickly got promoted to a foreman of laborers at the Victoria Docks due to good character and work ethic. This is where he became known for his fists, as he dispatched of hoodlums and drunks that picked fights with unsuspecting victims.

King got serious attention after he fought and beat Tommy Truckle (being seconded by none other than Jem Mace), dispatching of him in the 49th round, and then Young Broome, who he dispatched of in 41 rounds. It was thought at this point that King was a far better fighter than most had realized.

King would go on to fight Mace in 1962, the young man who had worked his corner two years prior in Kings bout against Tommy Truckle. Mace was the champion and the fight was very highly anticipated, with King doing well boxing his man until Mace’s hard punches took over the fight and he stopped King in the 43rd round.

King vs Mace had a rematch less than a year later and it was truly a classic as King took a beating for 19 rounds until he suddenly landed “one of the most tremendous hits ever saw”, a cross-counter right hand on Mace, that sent him down in pieces. Mace got up and lasted until the 21st round when he had so little left that a near “push” sent him to the canvas to end the fight.

King had his next defense of his title against John C Heenan in December of 1963. Heenan was a highly touted American fighter that had fought to a draw against Thomas Sayers in 1960 for the title. King seemed to handle Heenan rather easily, as he stopped him in the 23rd round.

To Mace’s consternation, King would not offer him a rematch – instead retiring as champion and going on to make a fortune as a successful bookmaker. In later life he fell in love with rowing and married the daughter of a wealthy ship owner, amassing a great family fortune. Happy birthday to champion Tom King; gone but not forgotten.

The WBA Remembers Dick Tiger on his Birthday 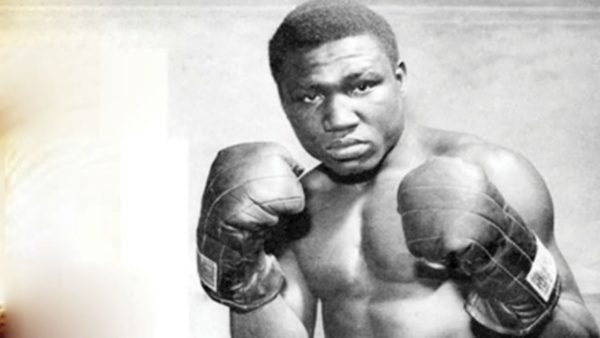