The World Boxing Association (WBA) was once again the pioneer being the first boxing organization to sanction a title fight in this new era, and we are proud that a warrior like Joshua Franco has become the new champion by defeating a great fighter like Andrew Moloney, who owned the belt.

Franco’s victory over Moloney on Tuesday at the MGM Grand in Las Vegas marked a turning point in boxing. The WBA Super Flyweight belt was at stake, and this was the first title fight in the return of the sport after the Covid-19 pause.

It was an action-packed bout where the two fought to the end for the belt. In the end, the best of the night got the desired black and gold belt.

The WBA was the first organization to create a safety protocol and a phased return plan for boxing, which serves as a guide for commissions and promoters who wish to use it, while it can be adapted to each country’s regulations to complement the safety measures needed in today’s circumstances.

That planning was key to being the first to sanction world titles and contribute to the comeback of the Sweet Science.

For the WBA, this was just the beginning of a long road. Work is underway and the goal is to return to normal. In the meantime we must ensure the safety of everyone involved in boxing while the pandemic continues. 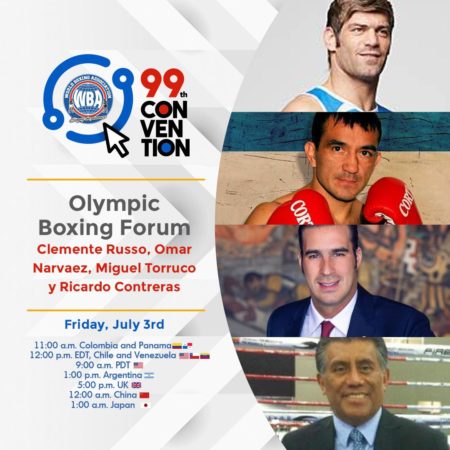