The World Boxing Association (WBA) issued a resolution ordering a “Box-Off” in the welterweight division, to have a single champion. Yordenis Ugas will defend his title against Eimantas Stanionis and Jamal James will do the same against Radzhab Butaev in the first stage.

The WBA’s title reduction plan has been a priority for the organization and it has been trying to move forward in many ways. This “Box-Off” is a great opportunity to settle the 147-pound situation with great bouts between the top ranked fighters.

Stanionis holds the top ranking and therefore is the mandatory challenger for Ugas, who is the WBA Super Champion who defeated Manny Pacquiao in his most recent fight on August 21. The bout must take place within 120 days from the issuance of the resolution on September 15.

For his part, Butaev became mandatory to the title held by Jamal James after the fight against Alexander Besputin in November 2019. On that occasion, Besputin tested positive for banned substances in the A and B samples, so the bout was declared No Decision and Butaev was named mandatory to that belt. The fight between Jamal James and Butaev must take place before November of this year.

The winners of both fights will face each other before March to determine the sole WBA welterweight champion. The resolution contemplates possible injuries or situations that may occur along the way, which could alter the deadlines which will be resolved according to the WBA regulations.

It is worth mentioning that the interim title was left vacant after the controversial fight between Gabriel Maestre and Mykal Fox. The WBA withdrew the belt and asked the Minnesota commission to declare the bout a No Decision.

The world’s oldest body continues working on its title reduction plan at the request of the fans and the press. The WBA believes it is going in the right direction and is making every effort to fulfill the plan.

Choi and Da Silva ready and at weight in Seoul 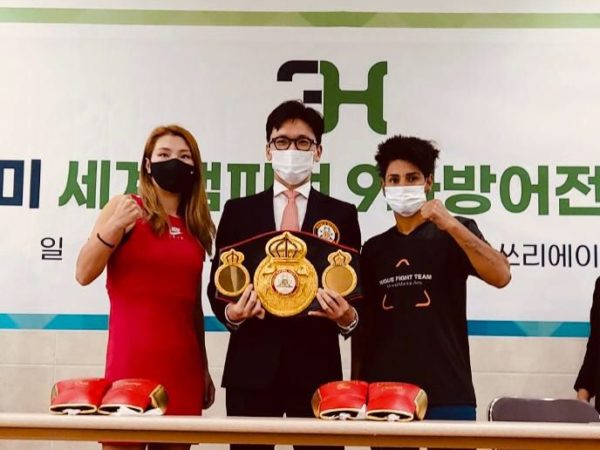