For Higginson, this will be her third fight of the year and she hopes to get the win that will push her up in the world rankings. In June, she was part of the George Kambosos Jr vs. Devin Haney card where she faced her compatriot Taylah Robertson and lost a unanimous decision in five close rounds. 24 days later, she returned to the ring where she also lost to experienced WBA GOLD 118-pound champion Shannon O’Connell. However, Higginson feels hopeful and strong for this new opportunity. In local media she stated that the previous experiences have been learning to improve in and out of the gym, so now she will try to capitalize on what she has learned.

On the other hand, the representative of the Philippines, Salvador, will arrive at a weight that is more natural for her. In the current year she had a single presentation, which she won by technical knockout in the first round to break the prolonged inactivity she had been carrying since 2019 when she had a bad streak of several consecutive setbacks. Charimae Salvador will be looking to vindicate her career and be able to keep a title in her young 23 years.

The Australian fighter’s record is made up of 3 wins with 1 knockout, 2 losses and 1 draw. While the Filipino has 5 wins with 2 quick wins and 4 setbacks. 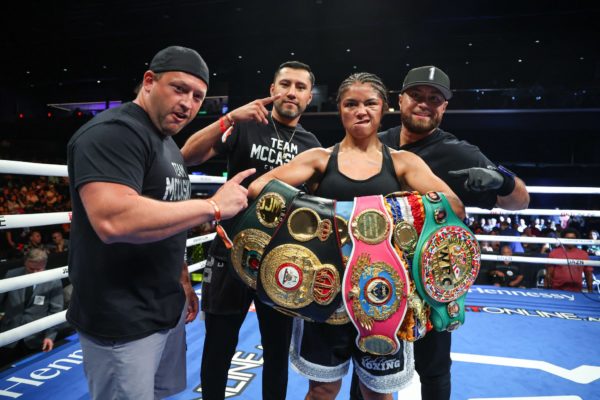