The Moloney brothers, Andrew and Jason, will enter the ring this Saturday night, the 19th, at the Town Hall in Malvern, Victoria, Australia. But they won’t be facing each other.

Twenty-five-year-old Andrew is a two-year pro (5-0, 3 KOs) who won Australia’s bantamweight title last December by knocking out Roberto Lerio in the fourth. His opponent this Saturday is Ryohei Takahashi. At stake over the course of a scheduled 10 rounds is the vacant WBA Oceania bantamweight title.

Twenty-six-year-old Takahashi is a four-year vet (8-1-1, 1 KO) who fights out of Yokohama. He most recently fought last November, stopping Kazuki Yokoyama by fifth-round TKO.

Twin brother Jason is also a two-year pro (5-0, 5 KOs) who scored the vacant WBA Oceania super bantamweight title this past December by retiring Markquil Salvana in the fifth. He’s defending his title against Junior Bajawa in a bout scheduled to go 10.

The Indonesian, who first entered the ring in 2008 (14-6, 7 KOs), has lost five of his last six, three by stoppage, and hasn’t scored a win since March 2013, when he stopped Paulus Baransano by seventh-round TKO.

“Both Moloneys could get a WBA world ranking if they win impressively on Saturday,” says promoter Peter Maniatis. 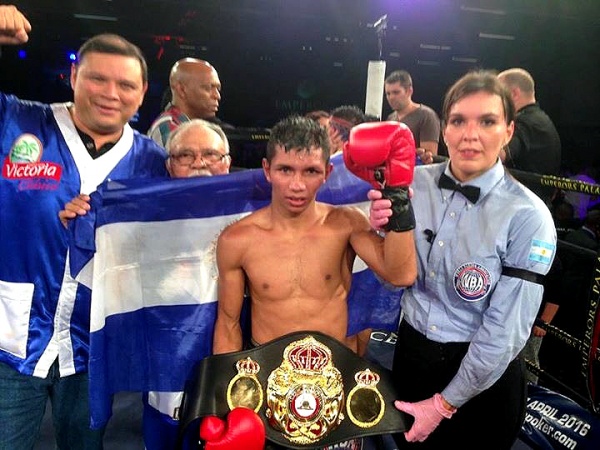