Sometimes life can throw a huge right hook that you simply don’t see coming. And they say they’re the ones that hurt you the most, the blows you don’t anticipate. Most likely, down you go, damaged, dazed and disorientated.

This coronavirus pandemic is the thumping punch the world didn’t see coming in 2020 and many of us now find ourselves on the canvas, damaged, dazed and disorientated. But as any true boxing fan can tell you, our wonderful sport has much to teach us about what we do next, when we’re on our back in life, seemingly down and out.

Of course some fighters stay down, satisfied with their efforts and accepting of defeat.

But many more draw on their inner strength and self-belief and find a way back into the fight. Therein lies the true inspiration of boxing, be resilient, be strong and forever believe in yourself.

Boxing’s great traditions are rich with tales of champions who were all of these things and more. That’s why we remember and laud them still, indomitable fighters like Holyfield, Hagler, Duran, Pryor, Arguello and Galindez, because their qualities in the ring exampled how all of us can deal with the adversity in our lives.

In February 1964, long before this current pandemic, a young ring official sat judging a South African welterweight championship bout at Orlando Stadium in Soweto. When the verdict was given in favor of Joe ‘Axe Killer’ Ngidi over Joas ‘Kangaroo’ Maoto, whatever wasn’t nailed to the floor came flying through the air. Bricks, bottles and chairs all came crashing down toward those responsible. The crowd hadn’t accepted the decision well. The 18-year-old official managed to hurdle all the obstacles in his way and escape to the car of local boxing legend, Willie Toweel.

As they sped away, shaken and chaste, the young Stanley Christodoulou couldn’t possibly have dreamed of what lay ahead of him. If he had been a little more cautious of spirit, that incident may well have been the end of a short love affair with boxing.

Instead he went on to officiate a staggering 247 world title bouts and would one day be inducted to the International Boxing Hall of Fame, the very first South African to be honored in this way.

Now in his recently released memoir, ‘The Life and Times of Stanley Christodoulou’, he tells the story of his extraordinary life in boxing.

Narrated through the eyes of the man who was there, in the middle of it all, refereeing or judging some of the most iconic bouts in professional boxing history, Christodoulou takes the reader to a privileged position, inside the ropes, for a close up view of the ebb and flow of these gripping battles. His very first assignment was considered by The Ring magazine to be the 15th finest world title bout of all-time, South Africa’s own Arnold Taylor pitted against the Mexican warrior Romeo Anaya

But it hasn’t always been calm seas during his career, far from it. Along the way, he’s been caught up in a violent riot in Thailand when a title fight was abandoned at the last moment, menaced with a pair of scissors by a champion’s cornerman mid- bout and found himself jammed between brawling corners in a world title fight in New Orleans. Stan Christodoulou’s career and story are unlike any other.

Despite any achievements and accolades that have come his way in the sport, what gives Christodoulou most pride occurred far from the bright lights of Las Vegas or Madison Square Garden.

The little known story of how professional boxing led the way towards social integration in South Africa long before its government repealed its apartheid policies features in his memoir. Christodoulou reveals the friendship and conversations he shared with his President, Nelson Mandela, two men upon whom the magic of boxing had cast its spell.

Today Christodoulou has officiated well over 200 WBA world title bouts and is still an active official and WBA director.

Boxing is a sport that honors its champions well. There is something about a champion boxer that gives so many of us hope and belief that we too can overcome the obstacles in our way. Who are we to give in and regard our adversity as all too hard when the men and women whom we so admire continually get up off the canvas and fight for their futures with the hearts of lions.

Stanley Christodoulou was no champion boxer, his amateur career was only 12 fights long, but he has been a champion of boxing.

At this time of international lockdowns and restrictions of movement, here is an engrossing read for any fight fan.

Personalized copies – US $20 plus postage (including an IBHOF boxing glove key ring) available directly from Stan via email – thirdmaninthering@gmail.com

A Farewell Is Not Goodbye 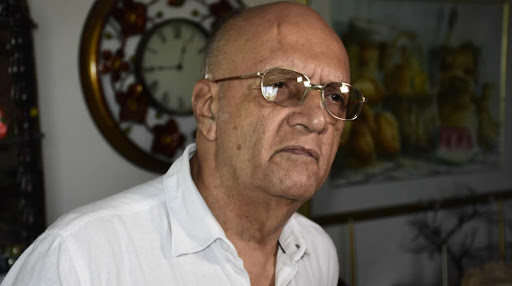 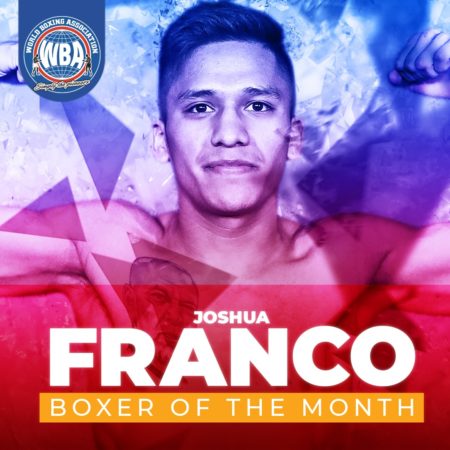