Saul “Canelo” Alvarez’s road to greatness has been long and complicated since his debut in 2005. As a teenager, the Mexican fought to overcome obstacles and in April 2008 he won his first professional title, which was precisely the World Boxing Association (WBA) Fedecentro.

The Guadalajara native was only 17 years old when he received the opportunity to face Gabriel Martinez for the 147 lbs. regional belt and Canelo managed to stop him in 11 rounds at the Marbet Plus Hall in Ciudad Nezahualcoyotl.

Alvarez made two defenses of that crown. The first in August 2008 with a 10 round unanimous decision over Carlos Adán Jerez at the Benito Juárez Auditorium in Zapopán and the second was a one round knockout over Raúl Pinzón in December of the same year during their fight held in Miami, Florida.

From that moment on, “Canelo” began to win titles and the story is already known by everyone. In addition to that first professional championship in his career, Alvarez has also held other titles of the pioneer organization.

He is currently the WBA super middleweight super champion, but he was also super welterweight and middleweight world champion of the oldest body in the world.

Now he is going for a new belt against Dmitry Bivol, the WBA light heavyweight, and it is a challenge he wants to overcome in order to get another black and gold belt. 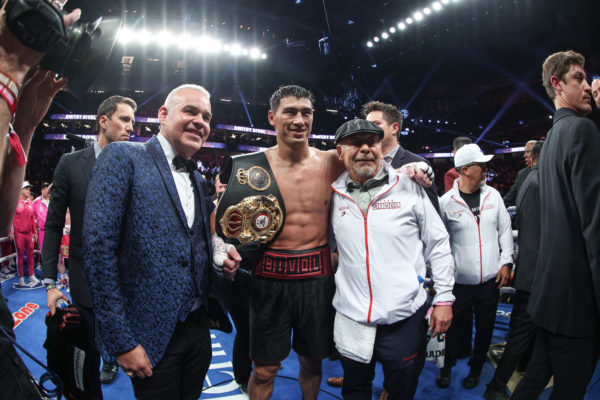