In a festive entrance to the 02 Arena in London, England, the World Boxing Association world champion and undisputed champion of the middleweight category, Claressa T-Rex Shields defeated Savannah “The Silent Assassin” Marshall unanimously after ten rounds.

With no show of respect for each other, as they had been announcing in every verbal battle, the two boxing giants delivered a magnificent boxing performance for the fans that filled the stadium and also for the thousands of spectators behind every screen.

The contest began with premeditated, measured actions, but that was just seconds into the contest. Shields kept her stance alert, on standby, letting Marshall advance to counterpunch her and at the same time try her punches that she boasted in the previous fight and that took her to 10 knockouts in her 12 fights before facing Shields.

Marshall was quickly outclassed with a lack of precision in her striking and carelessness with her particular guard that left her face free on the left side. Shields took good advantage of her legs to move and leave out of distance the local who had good passages from the fourth round. From then on, the clash became even more explosive with blows from both sides in the melee.

Finally Shields, once again, left a convincing sample of why she calls herself the best of all time. Fast, effective, aggressive and with a clean sport technique.

The judges’ scorecards: 96-94 and two of 97-93, decreed the unanimous triumph of the girl from Flint, Michigan, who extended her immaculate numbers to 13 wins with 2 knockouts. On her side, Marshall took the first loss of her professional career: 12-1, 10kos. And this fight has the smell of a rematch.

Haney dominated, convinced and kept the crowns against Kambosos 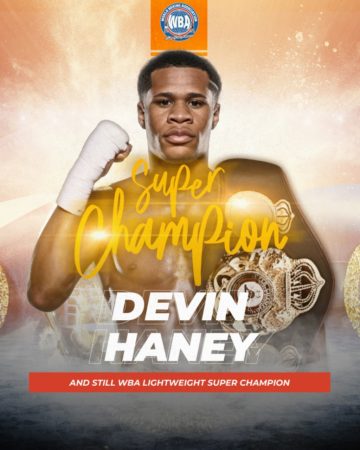