Seniesa Estrada, WBA minimum champion and one of the biggest sensations in women’s boxing, is preparing her return to the ring with November 12 as the date.

The American is ready to defend her belt and her next bout is expected to take place at the Palms Casino Resort in Las Vegas against an opponent that has not yet been announced.

After almost a year of inactivity, Estrada has signed a promotional contract with Top Rank and is ready to return to delight the public with her aggressive style and speed, main weapons that have made her one of the most impressive fighters of today.

“Super Bad” is undefeated in 22 fights during her professional career and has won by knockout 9 times.

Brithish Rankin and Harper in a duel for the WBA belt 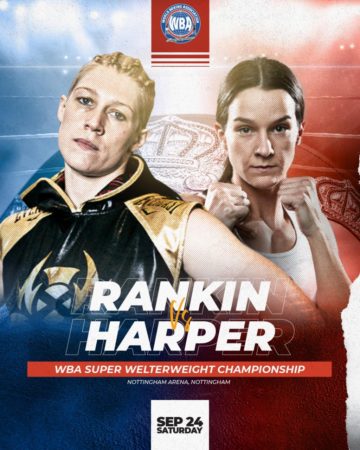