Few fighters, not only in Mexico but from all over the world have had to face so much doubt and suffer so much distrust from the public as Saúl “Canelo” Álvarez. The economic support and publicity received from a Mexican TV network early in his career proved favorable on one hand, but the tough Mexican public demanded he faced stronger rivals. He has always felt the rejection due to this “good kid” and protégé image fabricated around him, maybe unintentionally.

Canelo was born on August 18, 1990 in the town of San Agustín, in the municipality of Tlajomulco de Zúñiga near Guadalajara, Jalisco. The son of Ana María Barragán Fernández and Santos Álvarez Barragán. When he was 5 years old, his family moved to Juanacatlán. He has 6 brothers and 1 sister. Rigoberto, Ana Elda, Daniel, Geovani, José Ricardo, Gonzalo, Victor Alfonso and José Ramón. He started in boxing thanks to his brother Rigoberto who also practiced the sport. The nickname was coined by his manager José “Chepo” Reinoso who called him “Canelito” when he was a boy, which turned into “Canelo” as he grew up.

Saúl started boxing at 13 years old. After witnessing the professional debut of his brother Rigoberto. In 2004, Saúl won the Silver medal in the National Junior Championship celebrated in Sinaloa. The following year he won Gold in the Junior Olympics of 2005 in Tuxtla Gutierrez, in the State of Chiapas. Canelo finished his amateur career with 44 victories (12 by KO) and 2 defeats. He debuted in professional boxing on October 29, 2005 at the “Chololo” Larios Arena in Tonalá, Jalisco at 15 years and 3 months old by knocking out Abraham González in the fourth round.

On May 1, 2010 he took a fundamental step in his career when he debuted with the firm Golden Boy Promotions of the re-known ex-champion Oscar De La Hoya. He faced in Las Vegas Puerto Rican José Miguel Cotto, brother of the four times champion, Miguel Cotto, whom he KO’d in 9 rounds. The stellar fight in the marquee that night was Shane Mosley vs. Floyd Mayweather. His first world championship came on March 5, 2011 at the Honda Center when he beat by unanimous decision British Matthew Hatton, brother of Ricky, the Welter Jr ex world champion. Thus he became the monarch of the WBC Superwelters.

He defended this title 7 times against rivals such as Ryan Rhodes, Kermin Cintrón, Josesito López, Alfonso Gómez, being the most outstanding Shane Mosley and Austin Trout. On September 14, 2013 in Las Vegas, Canelo suffered his first defeat by ample margin against “Money” Floyd Mayweather. Since then he has fought seven times. He reappeared on March 8, 2014 by knocking out his countryman Alfredo Angulo, aka “El Perro” in a fight where the performance of both received severe reviews from critics. Four months later he won in a tough split decision against the elusive Cuban Erislandy Lara in Las Vegas. On March 9, 2015 he came back knocking out the strong James Kirkland in the third round in a vibrant give and take fight that was negatively reviewed because Kirkland was brought after serving over a year in jail and after great drug consumption crisis.

On November 21 he starred in a long awaited duel against Puerto Rican Miguel Cotto. It was expected for it to be a war in search for a KO, but it ended being a largely technical fight which Canelo won by unanimous decision. After that he has beaten all three opponents he has faced. He defeated the representatives from the UK Amir Khan and Liam Smith by KO and the Mexican Julio César Chávez Jr, by ample decision. In all these fights, even though Canelo has been a clear winner, he has left the public in doubt and it is thought that even now he never really is convincing enough. He has been pressured into facing tough rivals and when he does, his followers are never happy. In his last fights, after the combat he pronounced defying phrases towards GGG. Now, in a few days he will face the terrifying strong man from Kazakhstan in a quest for universal recognition.

On the personal side, Canelo is a 27 year old man who has managed very well his boxing winnings. He has a good sized fortune, besides many properties, giant mansions, luxury cars and solid bank accounts. He moves well within show business, to the point where his girlfriend is the famous Venezuelan model Shannon De Lima, ex wife of the also famous singer from New York, Mark Anthony. He is not the classic Mexican boxer who parties and drinks alcohol until well into the night. Some believe this doesn’t sit well with part of the public. In a few days Canelo will face a major challenge of his boxing career. The boxing world is expectant.

Golovkin: A Middleweight that makes history each day 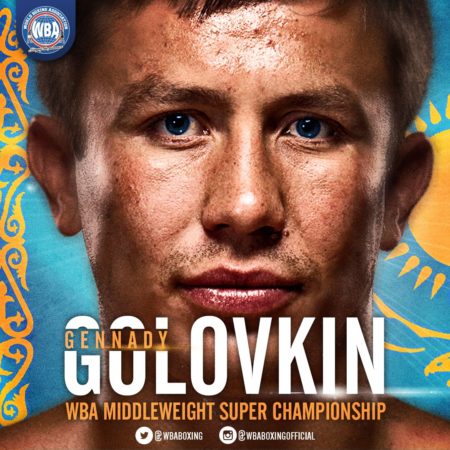