The World Boxing Association (WBA) Classifications Committee announced its rankings for September, which includes the 15 best boxers in the 17 weight divisions. Only these boxers have the possibility of aspiring to a world title fight within their respective divisions.
The “Boxer of the Month” distinction was awarded to both Anthony Joshua and Saul “Canelo” Alvarez. Anthony Joshua beat Alexander Povetkin to retain his World Boxing Association (WBA) Super World Heavyweight Title while Saul Alvarez beat Gennady Golovkin to win the WBA Super World Middleweight Title.
Joshua became the first man to stop Alexander Povetkin inside the distance, with the fight taking place at Wembley Stadium on the new DAZN streaming network. It was Joshuas third successful defense of the title which he won from Wladimir Klitschko in 2017’s fight of the year.
The fight was a very tactful one in the first round until they started to open up, with Joshua going to the body and Povetkin landed a left hook to the head that may have temporarily stunned Joshua, to everyones surprise.
Joshua came out in the second round with a bloody nose and Povetkin continued timing him very well with his hooks. Joshua looked genuinely frustrated in the second round and it showed into the third round where he was giving ground to Povetkin, perhaps looking to change up tactics seeing as Povetkin still had the upper hand in the rounds.
Povetkin was loading up on all of his punches and doing very well until the fight took a turn in Joshuas favor in the fourth round, where Povetkin suffered a very bad cut above his left eye due to a punch.
Joshua was still looking to box his man in the fifth round, perhaps biding his time while seeing a wounded fighter in front of him with Povetkin suffering the very bad cut.
Joshua would start to take control of the fight, boxing Povetkin and picking his openings for power punches as he started to land them more and more until in the seventh round he scored a knockdown after stunning Povetkin with a right hand that started a series of punches ending with a right hand that put Povetkin on the canvas.
Povetkin rose, surprisingly beating the count, but the fight was ended shortly thereafter when it looked obvious that he could not continue and was taking unnecessary punishment.
With the big victory Anthony Joshua remained king of the heavyweights while holding the WBA super title. He has another fight date booked at Wembley on April 13th – which is when fans are hoping for a showdown between him and the winner of Deontay Wilder vs Tyson Fury.
As for Canelo, who is co-fighter of the month alongside Anthony Joshua, he became the first fighter to beat Gennady “GGG” Golovkin as he won a majority decision over the longtime WBA middleweight champion.
The fight was another very good one, just like the first one, as Canelo came out more aggressive than usual and showed early on that he wanted to take the fight to GGG. GGG did a great job in the early rounds of pumping his jab, but he was not throwing many power shots overall.
Both fighters started to open up more in the third round, throwing more power shots and really looking to hurt each other. It was still Canelo coming forward in the coming rounds, pushing GGG backwards at times. GGG, for his part, was landing some good punches but you could feel that it was Canelo imposing his will more on the fight.
Canelo was looking very sharp while GGG was gulping for air, perhaps not used to fighting off of his back foot for such a long period of time while Canelo was also blasting the body of GGG and you could see that it was starting to slightly take its toll.
As the second half of the fight turned over Canelo was still pressing forward, looking like he was going for the knockout as he continued aggressively coming forward and throwing power shots to both the head and the body.
In the eighth and ninth rounds GGG was digging deep and trying to turn the tide of the fight – drawing blood from Canelo, who looked like he was getting slightly tired. In the tenth round GGG landed a right hand that nearly changed the fight as it obviously hurt Canelo, but he composed himself and shook it off to continue coming forward.
Going down the stretch it was GGG that seemed to catch a second wind and was landing hard blows while also having his highest output of the fight, although Canelo would also finish strong in the twelfth and final round.
Overall it was a great fight for boxing and a historic one, with GGG’s record 20 title defense steak coming to an end and Canelo scoring arguably the best win of his career to date.
In the post fight interview, when Canelo was asked about a rematch, he said “That was a great fight, but in the end, it was a victory for Mexico. And again, it was an opportunity, and I want to shout out to my opponent, the best in the sport of boxing. I am a great fighter, and I showed it tonight. If the people want another round, I’ll do it again. But for right now, I will enjoy time with my family.”
Congratulations to Anthony Joshua for retaining his WBA Super World Heavyweight Title and to Saul “Canelo” Alvarez for winning the WBA Super World Middleweight Title while both are sharing the honor of being the September WBA boxer of the month. 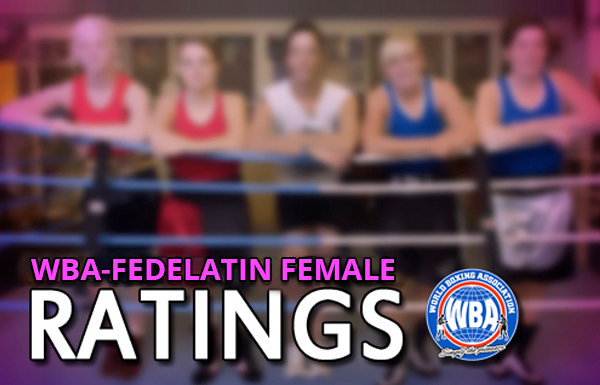