John Ryder and Sergey Khomitsky will square off over a scheduled 12 rounds for the vacant WBA International middleweight title at Copper Box Arena in London on Saturday, January 30.

A southpaw, 27-year-old Ryder has fought out of Islington, London, since 2010 (21-2, 12 KOs). “The Gorilla” most recently fought last October, outpointing Adam Jones. Fifteenth-ranked by the WBA, Ryder has only been stopped once, Nick Blackwell taking him out by seventh-round TKO last May, thus winning the vacant BBBofC British middleweight title. His other loss came by way of Billy Joe Saunders, who won by unanimous decision in September 2013, thus scoring the BBBofC British middleweight and Commonwealth (British Empire) middleweight titles.

Born in the Ukraine, but now fighting out of Belarus, 41-year-old Khomitsky is a 17-year pro (30-12-3, 13 KOs) who last fought this past October, losing by unanimous decision to Alfonso Blanco, who won the interim WBA World middleweight title. “The Ghost” has been stopped by Gennady Golovkin, who won by fifth-round TKO in May 2007, Avtandil Khurtsidze, who retired him in the sixth in July 2010, and Robert Stieglitz, who won by 10th-round TKO in July 2014, thus winning the vacant WBO Inter-Continental super middleweight title. Khomitsky most recently won last March, knocking out previously unbeaten Adam Etches in the fourth, thus winning the IBF International middleweight title. Worth noting that Khomitsky drew against Blackwell, who stopped Ryder, in October 2014.

“There’s a fear factor for me in this fight,” said Ryder. “I’m doing things majorly differently to how I’ve approached fights before and that element of fear is in me as I know what Khomitsky is capable of. Take no notice of his age, the last thing to go in a fighter is their power, he’ll have that until the end, so I know that this is a dangerous fight. He’s showed power at super-middleweight and then shown that he can make middleweight and keep that power. He takes his opportunities where he can, whether they are at 168 lbs. or 160 lbs., but he has had plenty of time to prepare for this fight so I expect him to be at his best. It’s over a year since we were meant to fight and it didn’t happen for one reason or another. But looking back at the mistakes I’ve made since then, and you think if that fight had happened a year ago, it could’ve been a bad night for me, but now I feel that it is a fight that I will definitely win.”

Ryder has made changes both in terms of nutrition and training since his loss to Blackwell. “The most important thing in a loss is to learn from it,” he said. “I don’t want to lose any more fights and I know that I have put in hard work and the right type of work to get the win.” 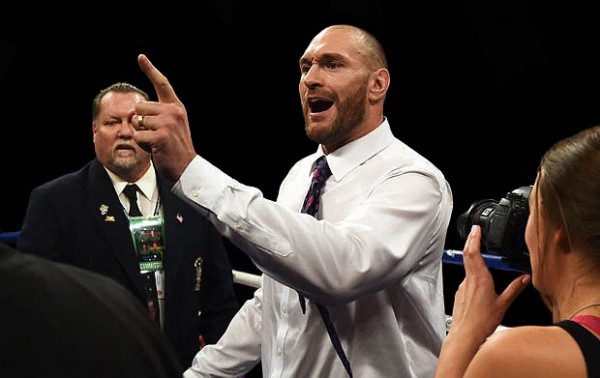