Saudi Arabia experienced its first moment of excitement in the course of the great rematch between the Super Heavyweight Champion of the World Boxing Association (WBA), Mexican Andy Ruiz, and British challenger Anthony Joshua. The first press conference for the fight that will be held on December 7th in Diriyah was held on Wednesday and already got expectations rolling for the fight.

With assistance from the press, the two fighters began the promotional tour, which will also have stops in New York and London, to get people talking about their rematch. Ruiz surprised the world last June when he knocked out the Londoner in seven rounds to snatch the championship at the mythical Madison Square Garden in The Big Apple. In doing so he become the first Mexican to be king of the heavyweights.

Now, the rematch will go to a much more exotic place such as Saudi Arabia, where several major events have taken place in recent years thanks in part to the WBA.

“I am very excited for next December 7. I will make history the same as I did last June 1st,” said the champion in front of the press. “I will confirm to everyone that I deserve the title I won in June.”

“Andy is champion right now. That will be until December 7,” said a defiant Joshua, whose goal is to recover his title.

The promotional tour will continue in the next few days and both fighters will return to the gym to continue with the preparations for the important fight, which will have three big belts at stake.

Hovhannisyan and Manzanilla are ready for war in Los Angeles 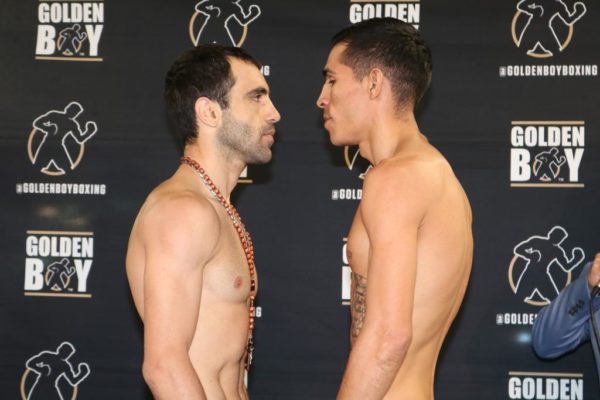