The Puerto Rican Jesus Rojas and the American Joseph Diaz opened the doors of their respective camps a week before seeing each other in the ring for their fight for the featherweight crown of the World Boxing Association (WBA), on August 11th in Hollywood, California, in an event put on by Golden Boy Promotions, of Oscar De La Hoya.

Rojas, 31, is going through a good emotional moment after reaching the interim title of the WBA in his last showdown, against Claudio Marrero, in September of last year.  For his part, Diaz already knew the frustration of losing in serious title fights, as he comes into the bout after losing to Gary Russel Jr. for the very same title but from the World Boxing Council (WBC) just three months ago.

For his part, Rojas breathes a little more confident and with less pressure in front of this clash and so he made it known to the press of his country that came to see him work in the Gym Jose “Cheo” Aponte, Caguas, in his native Puerto Rico.

“I do not have any pressure, on the contrary, I feel calm and confident in what I bring for this fight,” said Rojas, who belongs promotionally to Universal Promotions and Golden Boy Promotions.

“Three months ago, Diaz had a chance against Gary Russell and lost. This is your second chance run. The pressure is on him, because he has to demonstrate to his company and fight before his people. But his biggest pressure is that he will have Jesus Rojas in the other corner, which is a lot of pressure for him” added Rojas, who owns a record of 26 wins, 19 by knockout, just one defeat and two draws.

As for the work in the gym for this fight, he recalled that other fights had collapsed and he has accumulated training.

“I was training to fight in China, then in Malaysia and finally here in the Choliseo, but nothing happened.  I have had a lot of time.  I have trained myself thoroughly and there should be no excuse on August 11th for the public to see the excellent physical condition of Jesus Rojas.  Be sure that it will be a war with two fighters at their best and very hungry, leaving everything in the ring” he concluded.

On the other hand, “Jojo” Diaz said that this opportunity will not be wasted, after the lessons learned in the clash with Russel Jr.

“I’ve seen the tape about 100 times, I looked at all the mistakes I made, I saw that if I had been more aggressive, I would have started earlier and used my jab, the result would have been different, I would be a world champion right now. So well planned, but it was a lesson learned, I have the opportunity to fight for a world title again and I can not pass up this opportunity” Diaz reflected.

He continued: “At this moment I have a completely different mentality, we have a completely different training camp, on August 11th, I will become world champion. Jesus Rojas is a dangerous fighter, he comes from two great victories where he stopped his opponents. He is constantly applying pressure and has great conditioning, he is going to keep moving forward. My father and I know what he is capable of and what he is going to do.

“We are working on my conditioning to not get tired and be able to be very active, throw lots of shots and participate when faced. It’s going to be an action-packed fight” Diaz promised during his training at Legendz Boxing in Norwalk, California.

The WBA wishes Lucas Matthysse well in his retirement 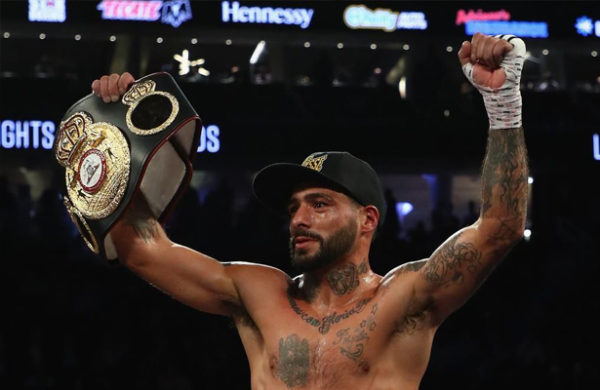