The champions of the World Boxing Association, Guillermo Rigondeaux and Erislandy Lara met their weighs for their title defense fights, this Saturday, in the United States.

Rigondeaux, Super Bantamweight champion of the WBA, will face Joseph Agbeko in Atlantic City. The Cuban weighed 121 punds and the challenger 121,6.

On the other part, Lara marked 153,2 and former champion Austin Trout marked 153,8 both bellow 154 required weight. The Cuban has the Super welterweight Interim championship Belt. 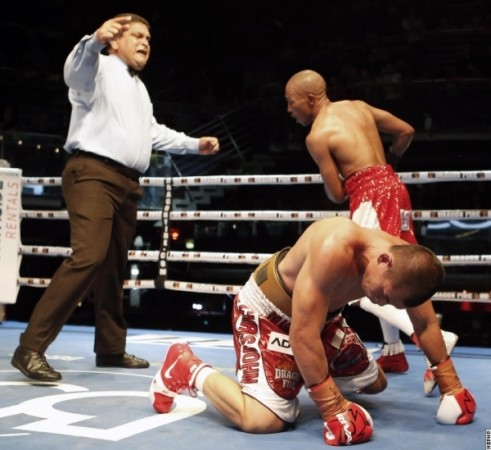