When they first fought, on September 24, 2016, Crolla was on a roll. He had knocked out Colombian hard man Darleys Perez (32-1-1 at the time) in November 2015. Six months later he did the same to then-undefeated Ismael Barroso (19-0-2), the murderous southpaw from El Tigre, Venezuela.

Those victories set up the fight with Linares—and it was a war. Linares won the first and last third of the fight. Crolla surged in the middle rounds and drew first blood in the fifth.

“My fight plan worked and I am satisfied,” said Linares after the fight. “However, I hurt my hand in the sixth round.

“I knew it was going to be a tough fight. Crolla told me he was one of my fans. Now I’m one of his fans.”

When asked about a rematch, Linares said, “I want to take a break and heal my hand and why not? Back to England.”

His hand has healed. Linares is itching to get back in the ring. The same can be said for Anthony Crolla.

“The better the opponent, the better I will perform. I’m improving still as a fighter and athlete despite turning 30 recently. I want to be remembered as someone who took on the best around and be mentioned in the same breath as them.”

Crolla is a tough kid. He’s a darn good fighter. And to be mentioned in the same breath as Jorge Linares, and to share the ring with him a second time, automatically confers the status on Crolla he desires.

“I am really excited to be going back to Manchester,” said Linares. “I was treated very well by everyone and gained a lot of new British fans.

“Crolla is a tremendous fighter with a lot of heart so I know I must train twice as hard for another tough fight.

“I promise another great performance and assure that the belts are returning home with me.” 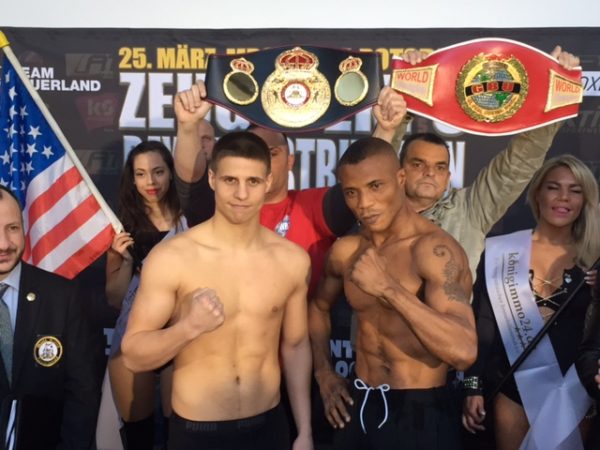