“If anybody told me that Duran would quit, if I had a gun I would’ve shot the guy who told me.”

“Hands of Stone” opens this week in theaters nationwide. Written and directed by Jonathan Jakubowicz, the film focuses on the life and career of Roberto Duran, the Hall of Fame fighter who punched his way out of El Chorrillo, Panama, during the years 1964 to 1983. Duran’s relationship with his trainer, legendary Ray Arcel (Academy Award winner Robert De Niro), and his fights with Sugar Ray Leonard (pop star Usher Raymond) are the foundation on which the film is built.

De Niro and Usher are seasoned performers who do not disappoint. The same can be said for Edgar Ramirez, the man who portrays “Manos de Piedra” (“Hands of Stone”), the complex Roberto Duran.

Ramirez has played heroic and antiheroic Latin American characters in the past, such as Simon Bolivar and Carlos the Jackal. “But this time,” said Ramirez, according to Jessica Zack of The San Francisco Chronicle, “it was different.”

Talking from Miami by phone this week, Ramirez admitted to being drawn to “flawed characters,” but faced a different set of challenges in bringing Roberto Duran to the screen.

“I realized I had to transform physically before I could even begin to understand Duran and the mind-set of a boxer. All the deprivations boxers go through, the long hours, the training, dieting—it changes your psychology.”

To experience those deprivations firsthand, Venezuelan-born Ramirez, 39, trained in Panama for a year to discover, as he put it, “the man inside the myth.”

“Duran is a hero, but not a saint,” said Ramirez. “He’s multilayered, and all the less likable aspects of his personality, his unlimited rage and ego, are presented without any gloss. What intrigued me most is the amazing contradiction that he combines a frightening amount of fury with an amazing amount of tenderness. He can be so compassionate and so brutal at the same time, loved by so many people in his life and at the same time such a tough bad-ass.”

Boxing is the most physical sport, but it’s a mental game as well.

“The film shows that boxing is mainly a mental sport,” Ramirez said. “Strategy and tactics are paramount. The body only gets you so far. The way you lose a fight is in your head. And a fight isn’t just in the ring. A fight is on the minute you decide to fight someone. And Roberto Duran started the psychological war right away. From the minute you decide on the date, it’s pure warfare.”

Duran is a hero in Panama. But he is a man with contradictions.

“Yes,” said Ramirez, “he is a hero in Panama, a man of the people and a mythological figure, but I had to cut through that mythology and find his heart, access the real guy.

“It was so important to be in Panama. It’s a country of three-million people and it’s had 29 world champion boxers. It’s incredible, and Duran is their greatest hero. So I got to really understand that, but the challenge was putting all that in the back of my head and not letting it affect the performance.”

Robert De Niro is boxing’s best friend in Hollywood. His portrayal of Jack LaMotta in “Raging Bull,” while not as inspirational as “Rocky,” is the boxing film for the ages.

“He definitely understood the subject at hand. The boxing felt very familiar to him. We talked about ‘Raging Bull’ and he shared anecdotes, but not as a reference for anything in this film. Robert is very present and curious to try new things. He doesn’t rely on the glory of past roles. I think that’s what makes him so special. He is in his 70s and as awake and open to new experiences as any young actor.”

The “No Más” fight against Sugar Ray Leonard looms large in the Duran canon. It was the worst moment in a sea of great moments and plays a big part in the film.

(When Arcel was asked about Duran quitting, he said, “If anybody told me that Duran would quit, if I had a gun I would’ve shot the guy who told me that.”)

But there’s more to the story.

“I don’t want to give too much away,” said Ramirez, “but it is definitely one of the biggest enigmas in boxing history. I think what the movie is going to reveal is that nothing is ever what it seems. And he didn’t quit. Duran has always claimed he never said ‘no más.’ (He claimed that Howard Cosell made it up.) In the movie, we try to get a closer look at what happened that night. It has a lot more to do with dignity and pride than with what history made of it. I think it will be very surprising to people.” 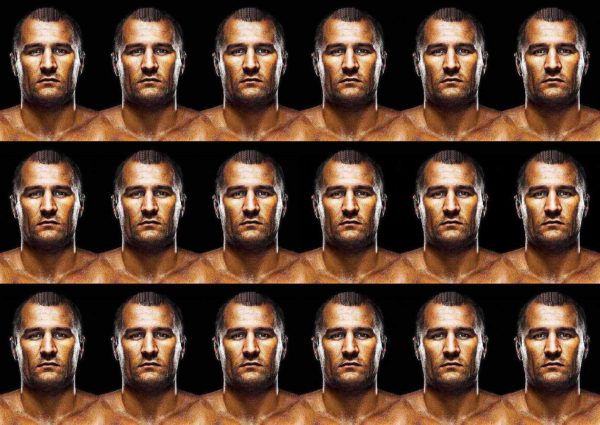