A left hook by Ortiz dropped Kayode in the first minute. Kayode became very defensive and then he was once again rocked by a hard left. This time Ortiz trapped him in the corner and unleashed an arsenal or power punches to force referee Robert Byrd to step in to wave things off. Kayode was out on his feet when the fight was waved off. 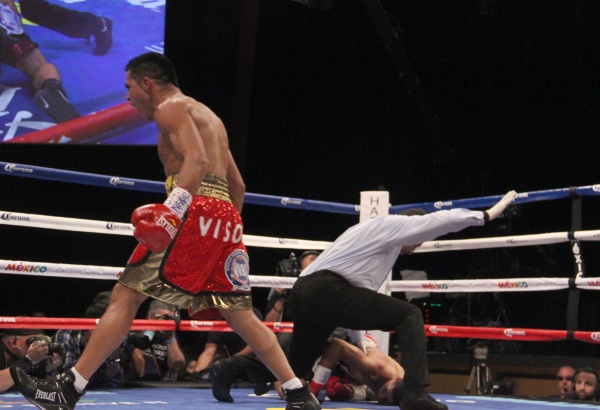