We are only 48 hours away from the fight between Manny Pacquiao of the Philippines and Lucas “The Machine” Matthysse of Argentina.  They have already complied with all the protocol and events that a fight of this magnitude demands and now all that remains is to climb into the ring and see each other face to face at the Axiata Arena in Kuala Lumpur, Malaysia.

As the big night approaches, the pressure and nerves increase and the possible outcomes begin to haunt the minds of many. In the case of Pacquiao, it is more than clear that he is looking to enlarge his legacy yet again. But beyond that, he wants to show that he was born to be a father, son, husband, politician and champion at the same time.

When we see the other side of the coin in Lucas Matthysse, we see the defending champion, a humble man, father and a boxer with a heart equal to or greater than the Argentine Patagonia, but the most important thing is that he not only wants to be remembered for his great showings but remain in the history of his nation as did Carlos Monzón, Pascual Perez, Nicolino Locche, and Victor Galindez among others.

While it is true that the Matthysse-Pacquiao fight could have been held before, it is also true that now it comes at a good time for Malaysia, which will live an unequaled night and will be part of the story, as it did when Muhammad Ali surpassed Joe Bugner at the Merkeda Stadium in June of 1975.

When we talk about the “Pac-Man” and “The Machine” we refer to two gentlemen inside and outside the ring, fighters of little talk that hold a lot of power inside the ring, something that both confirmed in their last press conference held in the Hilton hotel in Kuala Lumpur.

The senator, as usual, was respectful and measured in his words, but he confessed why he wanted the fight against the Argentinian: “We are looking for the fight against Matthysse, because we know he is a warrior, as he demonstrated before Ruslan Provodnikov and in all his other fights.”

“There is a lot of talk about my occupations, but I clarify that I had a great camp and I am focused on this clash, I promise to give my best and give a great show,” said the Filipino.

When Matthysse was asked about this fight, this was what he said: “We know that Pacquiao is a great star and we are prepared for this, to look for glory and stay in the history books.”

The WBA opens its doors to Olympic Boxing 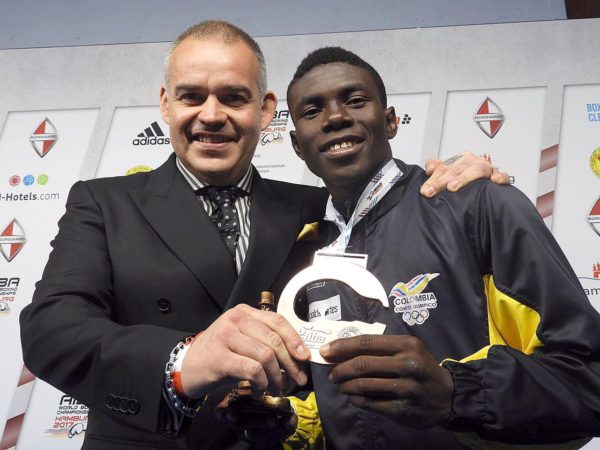