Fight week festivities have officially started in Las Vegas with the arrival of Keith Thurman and Manny Pacquiao, who this Saturday will rise to the ring at the MGM Grand to define the one and only champion of the World Boxing Association (WBA) for the 147 pounds welterweight class in one of the most highly anticipated fights of the year.

Super Champion Keith Thurman, undefeated in 29 bouts, was the first to arrive and give his impressions on what he expects in the fight. The Florida native was very challenging with a shirt that said “Game Over”, referencing to Pacquiao’s career being over by “One Time”.

“This is a dream come true. On Saturday night we go to the maximum,” said Thurman. “Look what my shirt says. The game is over for him. Stick, move, and dropping bombs – BOOM BOOM!!”

Of course Thurman does respect Pacquiao, who is undoubtedly a legend and one of the best to ever lace them up, saying “I am just living the American dream, wearing my red white and blue. It is an honor to fight a legend like Manny Pacquiao, right now I am just living the dream and Saturday night I am going to live it to the fullest and be victorious.”

For his part, Pacquiao was more serene and smiling, an image to which the public is already accustomed to for the seemingly always happy Filipino. The idol of the Philippines received an ovation from those present and promised a nice fight, as well as being anxious to get into the ring in Las Vegas for the WBA belt.

“I think this is going to be a great fight for the fans with lots of action,” said Pacquiao, also adding that it may be a more fan friendly fight than his last one against Adrien Broner.

Regarding Thurman’s threats, Pacquiao laughed and gave little importance to his statements, saying “It’s very easy to say, everyone says it. The difficult thing is to achieve it.”

Pacquiao closed out by invited fans to come watch the fight, “To all the fans and especially the Filipino people thank you for all the support and god bless you.”

With fight week underway we can now anticipate the rest of the week’s activities. This is highlighted by public workouts, the final press conference, and the final event being the weigh in ceremony on Friday.

WBA FEDELATIN Ranking as of June 2019 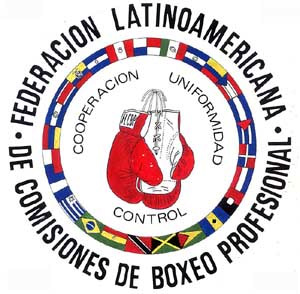