This clash trespassed the ropes 10 years ago. When Claressa Shields and Savannah Marshall turned pro their desire to face each other again intensified . This Saturday at the O2 Arena in London, England, they will and they will put their best cards on the canvas.

The statements of both fighters have been increasing expectations in recent days, as when Shields and Ema Kozin exchanged strong words face to face at the end of the fight. In front of the media, they both assure that they will leave the O2 Arena with the belts and with the full 160 lbs. reign.

Marshall, “The Silent Assassin,” stated to Sky Sport; “She can’t take defeat. I beat her 10 years ago – as amateurs- She says it doesn’t bother her, but when someone asks, she says, “She never beats me!” So I’m thinking your body language, your tone of voice is different. No, she’s not going to take this loss well. She didn’t take the first one well, she’s not going to take the second one well.”

The 31-year-old, born and raised in the harbor town of Hartlepool, who started boxing being seen as an invader in the gym, may not have had an immaculate career as an amateur boxer, but more than one medal hung around her neck to become the first British woman to wear an amateur world title. And when she turned to the rented field in 2017, she did nothing but triumph.

She has 10 knockouts in 12 appearances. Her last quick finish came against Femke Hermans in the third round in April. That was her third defense of the WBO middleweight belt she had won against Hannah Rankin in October 2020. Before that, Marshall had hung up, as her first belt, the World Boxing Association super middleweight intercontinental belt.

“The Silent Assassin” has power in her fists, is 11 centimeters taller than Shields and is determined  to tarnish the American  to once again. 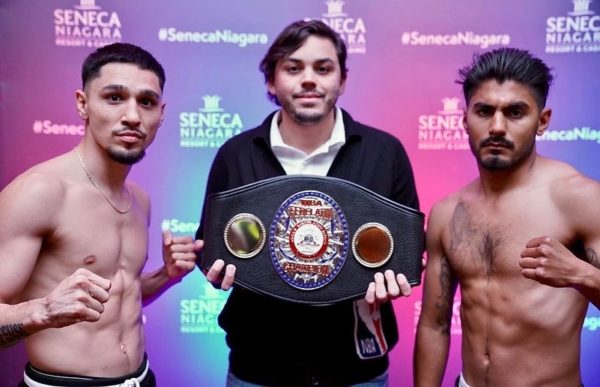