The featherweight 126 lbs champion of the World Boxing Association, Jamaican Nicholas Walters, was not intimidated by the name of the undisputed champion Nonito Donaire, and annihilated him in six-round in the StubHub, of Carson, California.

Walters and Donaire were cautious in first round, where the Caribbean showed what the Filippino would have to put up the rest of the fight. However, in the second round, Donaire was able to connect a right hand, at the same time the bell rang that moved the intrepid “Axeman”, who recovered in his corner.

The third round showed a more cautious Walters, who perhaps was still recovering, but ended up aggressive as previous episodes. Donaire was already showing signs of the punishment, with a cut on the right eyelid that was beginning to swell.

The rest of the fight was a battle where Walters made the best attacks and dominated widely.

Walters promised to win by KO in the rounds 5 or 6 and kept his promise with a right hand that sent Donaire to the canvas in the sixth round. Raul Caiz Jr. made the count but the Filipino decided not to continue.

The Jamaican record continues to be impeccable after 25 fights with 21 KO’s. 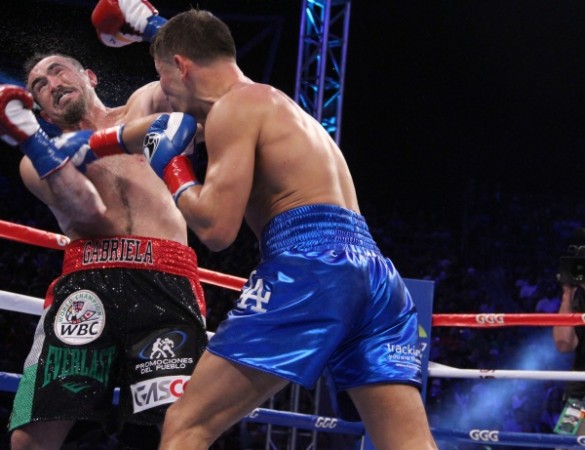