After an extensive interpretation of regulations within the organization,The World Boxing Association (WBA) Classifications committee recognize Naoya Inoue as unified champion. The WBA emitted a resolution in relations with the situation of the Nippon, whom knocked out his Puerto Rican Opponent Emmanuel Rodriguez by Knockout within 2 rounds in Scotland.

The resolution of the WBA clearly states that the conditions of Inoue as champion continues since his May 25, 2018 over Jamie McDonnell. The “Monster” has been victorious in his defenses with an unblemished record of 18 victories, with no defeats and 16 of those victories coming by the way of knockout, which includes his most recent victories against Juan Carlos Payano and Emmanuel Rodriguez.

The Decision falls under C17, which clearly states that under the Champions Committee and the President under special circumstances can recognize a world champion as a unified world champion when said champion is recognized as the quintessential monarch by one or various sanctioned organizations. The WBA considers that the Japanese’s career thus far complies with said circumstances.

The Unified champion conditions will not interfere with the activity of the division and will permit fighters within the ranking to go along with their normal activity. The mandatory defense period is normally 9 months, but under the conditions that Inoue falls he will be allowed up to 18 months for a defense.

On another note it was also determined that any purse bid that Inoue is involved in, the sanctioning body of the WBA will claim 3% of the total purse. All the situations that may arise involving the Japanese superstar will be taken care of as they are presented with the support of the WBA and the interpretation of its articles for these situations.

Can Xu defending against Shun Kubo in China 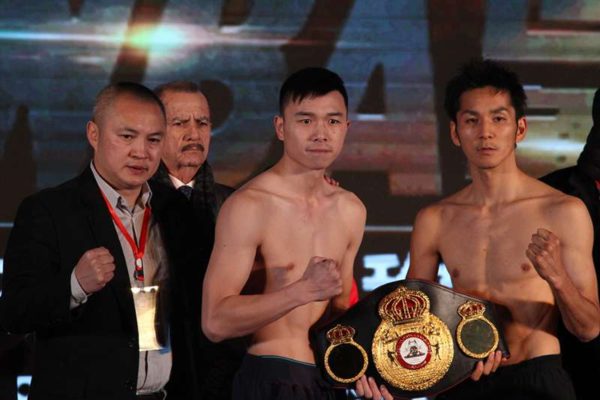