British Martin Murray and American Gabriel Rosado hit the scales at 159.3 pounds and 159.2 pounds respectively. Thus, they are ready to fight this Saturday in Liverpool, England, for the WBA-Intercontinental Middleweight Title.

Murray, who has already fought three times for a world title, reaches this fight with a record of three wins and two defeats in his last five fights. However, his cover letter is his vast experience on the ring, in which he has faced fighters of the likes of: Felix Sturm, Sergio “Maravilla” Martinez, Gennady Glolovkin, Arthur Abraham, among others.

Meanwhile, Rosado, who has fought a couple of opportunities for a world title, has two wins and three defeats in his last five battles. Among his rivals, there are names such as “GGG”, Jermell Charlo or David Lemiux, which shows his experience in the ring.

For this bout, a clash of strategies between two great fighters is expected, since neither of them can be considered a puncher. 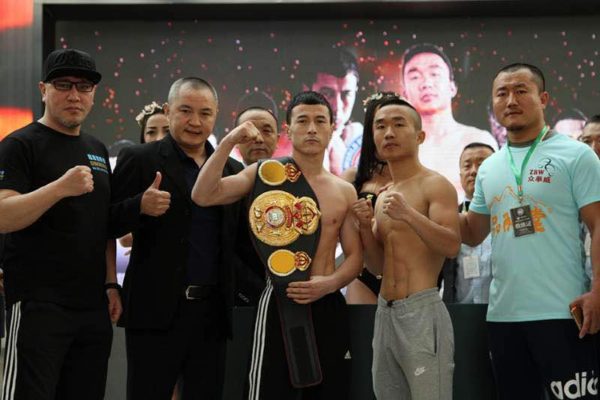