Murata Retains Title Against BlandamurRyota Murata recorded his fourteenth victory and eleventh knockout at the Yokohama Arena in Japan as he successfully defended his World Boxing Association (WBA) World Middleweight title belt; stopping the Italian challenger Emanuele Felice Blandamura in the eighth round via technical knockout.

The fight was the champions first title defense and it was aired live on ESPN2.  Muratas strategy was pressure from the very opening bell, as he did not take a backwards step in the fight and ramped up his punch output at the rounds wore on.

Blandamuras back was very red from constantly being pressed to the ropes throughout the bout and while he had some success with jabs and counterpunches he never had control of the ring for a sustained period of time.  The challenger simply did not have enough power to keep Murata off of him or gain his respect.

Murata won the WBA title from Hassan N’Dam N’Jikam this last October via seventh round technical knockout when N’Dam quite on his stool.  That fight was a rematch, with their first bout being in May of 2017 when the title was vacant.  That fight ended in a very controversial split decision win for N’Dam where two referees were suspended for six months by the WBA and a rematch was ordered.

With the victory and successful defense of his title Murata became the first Japanese middleweight World Champion to successfully defend his title, moving past Shinji Takehara who won the WBA World Middleweight Title in 1995 over Jorge Castro but then lost his first title defense against William Joppy the following June at the same venue as Muratas title defense today. 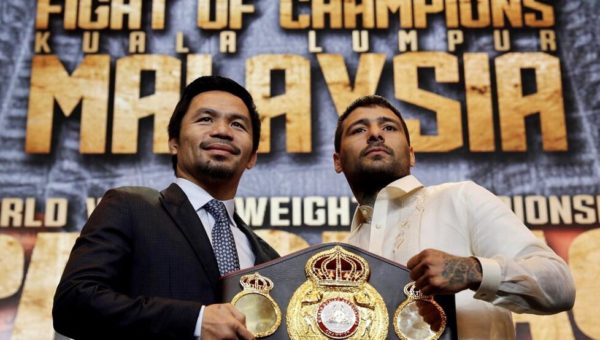